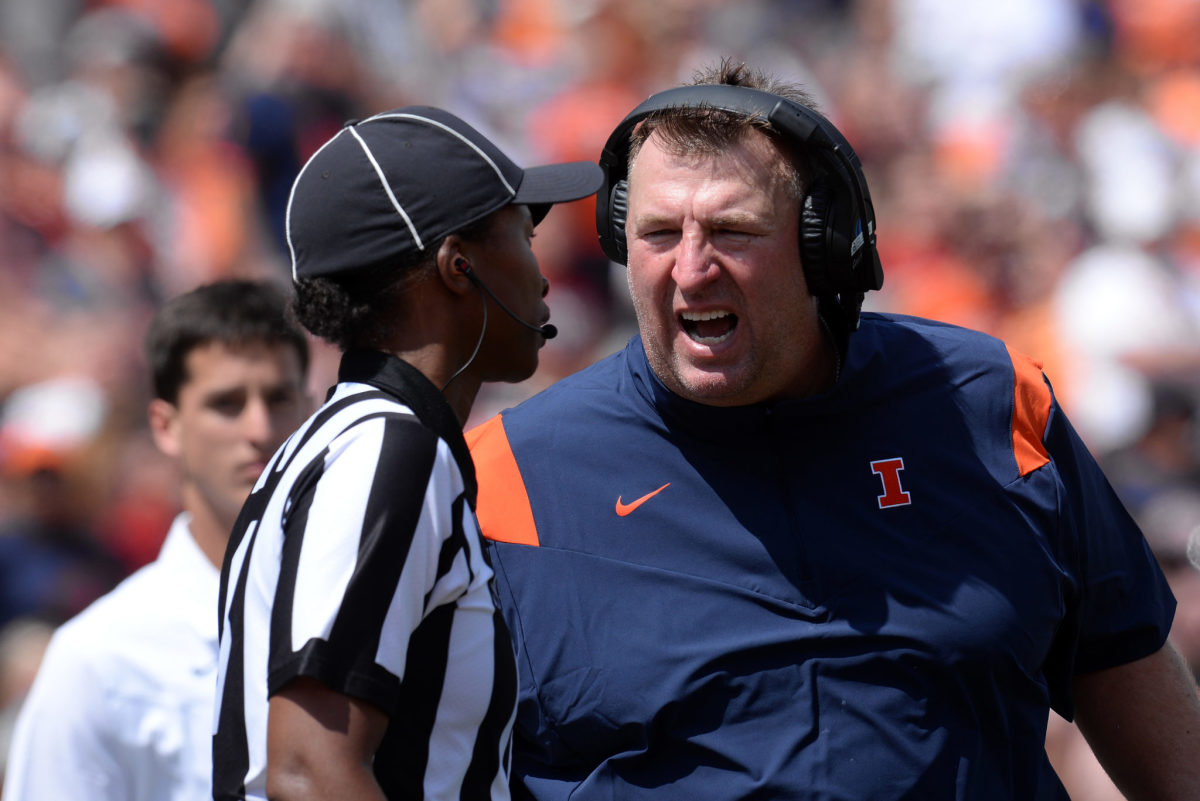 Wisconsin fired Paul Chryst after Saturday’s 34-10 loss to Bielema’s Illinois team. Chryst finished his tenure with the Badgers with 67 career wins, one less than Bielema won while coaching Wisconsin for seven seasons.

That bond hasn’t gone unnoticed, but Bielema also has strong ties to Fighting Illini’s next opponent. On Monday, according to 247Sports’ Jeremy Werner, Bielema joked that everyone should make a bigger deal about his Iowa connection instead.

Bielema was a defensive lineman for the Hawkeyes before joining his alma mater as a graduate assistant and linebackers coach. He also has a permanent memory of his old school.

“Heck, I got the tattoo, the infamous tattoo,” Bielema said. “Great idea when you’re 19.”

Bielema discussed the Tigerhawk tattoo when he was introduced as the new Illinois head coach last year. Although he acknowledged that it was “not so much” a good idea as it seemed in college, he expressed the importance of honoring his roots.