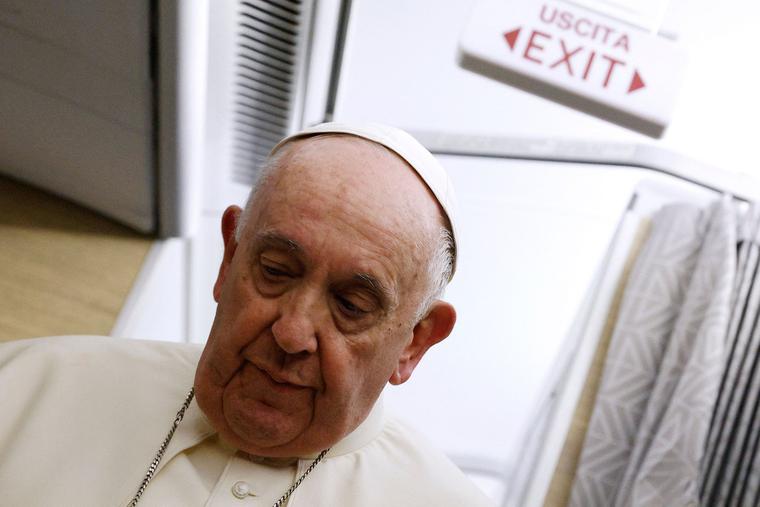 During the in-flight press conference on his flight back to Rome from Iqaluit, Francis said that although he didn’t use the word “genocide”, he had indeed described one. ‘I apologized; I asked forgiveness for this work, which was genocide.

Pope Francis has agreed that the forced removal of Indigenous children from their families and their treatment in Canada’s residential school system is a form of “cultural genocide.”

Speaking to reporters on the papal plane on July 30, the pope explained that he did not use the term “genocide” when publicly apologizing for past abuses by Catholics in the system because it does not hadn’t occurred to him.

Canada’s residential school system, which Pope Francis referred to, operated for over 100 years. He worked to systematically eradicate indigenous culture and language, often by forcibly removing children from their families. Catholic organizations ran at least 60% of government-funded boarding schools.

The 85-year-old pontiff spoke at the end of a week-long trip to Canada during which he visited Edmonton, Quebec and Iqaluit on what he called a ‘penitential pilgrimage’ to repeatedly apologize and express shame and sadness to Indigenous communities across the country for the role played by the Catholic Church in the system.

During the in-flight press conference on his flight back to Rome from Iqaluit, Francis said that while he didn’t use the word “genocide,” he had indeed described one. “I apologized; I asked forgiveness for this work, which was genocide.

The Truth and Reconciliation Commission, which operated from 2008 to 2015, concluded that thousands of children died while attending “residential schools” and called for action. out of 94 points.

The papal apology was one of the commission’s four points addressed to the Catholic Church.

In a brief address Friday to delegates representing nine Indigenous nations in Canada, Pope Francis said he was returning home “very enriched” after his week-long trip: “I have come as a pilgrim, despite my physical limitations, to take new steps forward with you. And for you. I do this so that progress can be made in the search for truth, so that healing and reconciliation processes can continue, and so seeds of hope can continue to be sown for future generations – Indigenous and non-Indigenous alike. natives – who want to live together, in harmony, like brothers and sisters”,