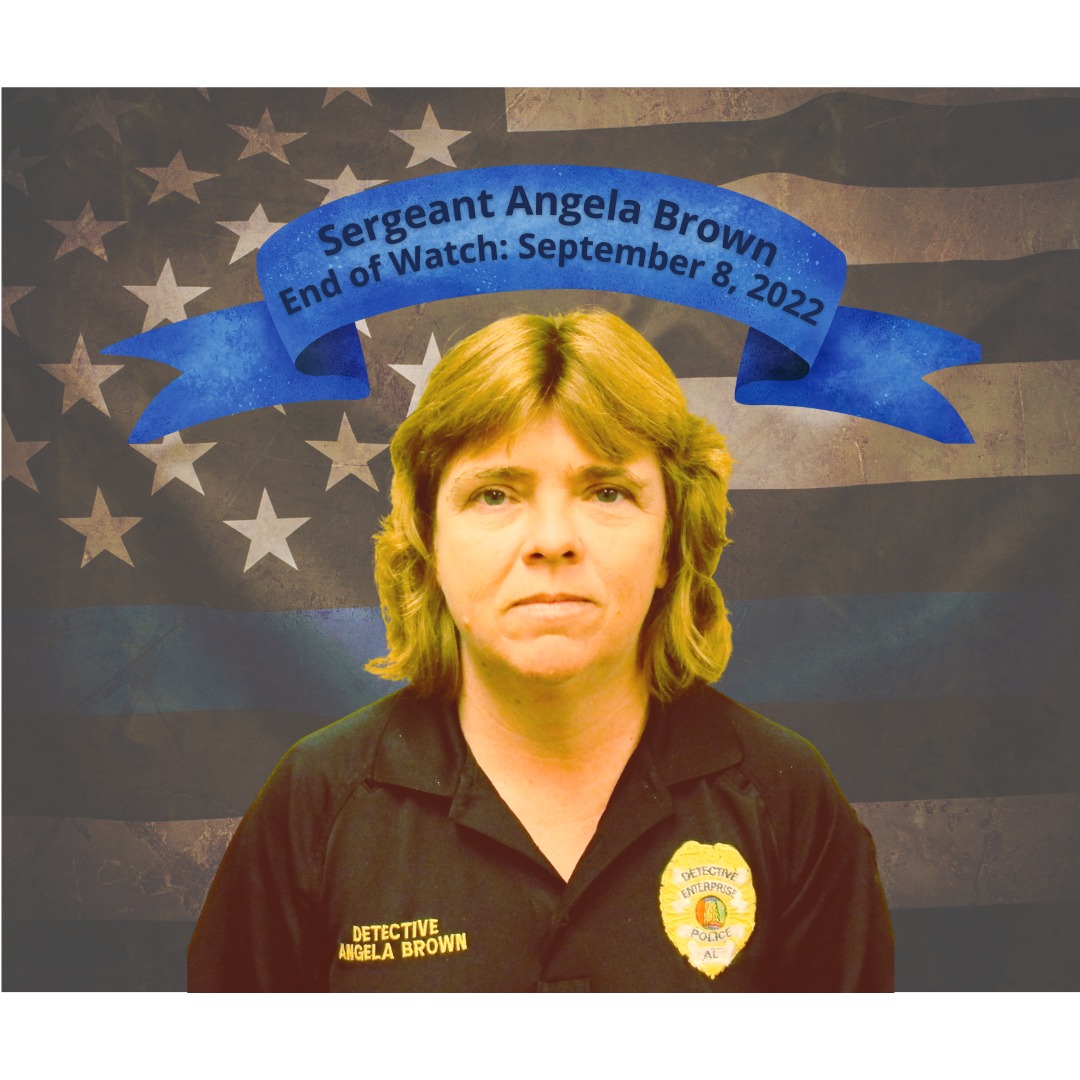 COMPANY, Alabama (WDHN) – It was a tragic weekend for the Corporate Police Department and Corporate City Schools as they mourn the loss of Sergeant Angela Brown who lost her battle with cancer.

“As a department and personally, our hearts were broken Sgt. Angela Brown was important to the department, it’s just a shock that this happened,” EPD Chief Michael Moore said.

“I interviewed the person who told me and asked if you were sure I needed to get confirmation because I didn’t want to believe I had just seen her,” Dr Zel Thomas said.

Sergeant Brown worked with the police department for 24 years where she served in multiple roles as a K-9 officer, patrol officer, investigator and DARE officer.

She was promoted to sergeant in March and was set to retire soon.

Chief Moore said she was the epitome of hard work and de-escalation of any situation that may arise.

“With all of her training and her time serving the city, she never made a big deal out of it, it was just another job she loved to do,” Chief Moore said.

She also enjoyed working in schools with children where she spent most of her time as a school resource officer.

Dr. Zel Thomas says it’s a blow to the school system. They considered her family and it’s going to be big shoes to fulfill her role professionally and personally.

“She was always calm and had a smirk, but she was just Angie and she was good with the kids, the staff and (I’m) just heartbroken,” Dr Thomas said.

Chief Moore said they placed flags outside City Hall in her memory and a citizen placed a thin blue line American flag on a pole for her.

Sergeant Brown leaves behind a wife, three children and three fur babies. His memorial service will be held Sunday afternoon.