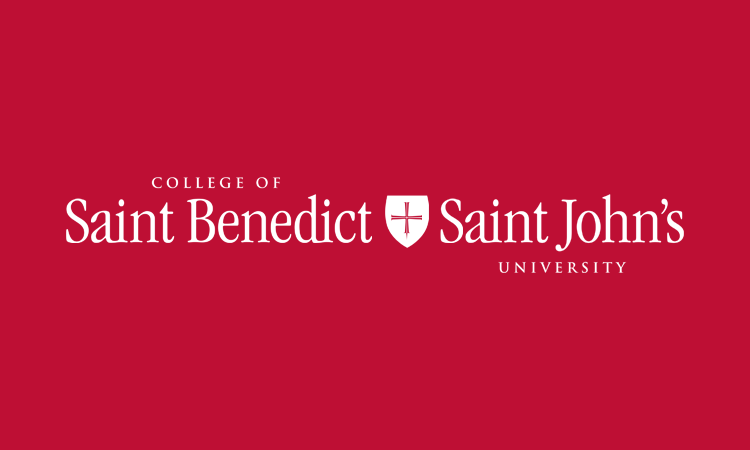 Anahi Ortiz-Acosta ’19 hails from Houston, so it’s quite natural that she would move back to Texas after graduating from the College of Saint Benedict. But she didn’t expect so many former students of Saint Ben’s and Saint John’s universities to follow her.

Ortiz-Acosta graduated from YES Prep North Central High School in 2015. She chose CSB over schools in her home state as well as North Carolina and Pennsylvania, and maybe she wouldn’t have come. without the Intercultural Leadership Education and Development Program (Intercultural LEAD). It provided networking, mentoring, academic development, and financial aid to first-generation students while linking them into a supportive cohort.

“I didn’t consider CSB and SJU very realistically until I visited,” Ortiz-Acosta said. “I think I liked the fact that he was much smaller. It made sense to me because my high school community was small. My graduating class had about 106 children. At first, I was looking at a lot of great schools in Texas, but I was like, ‘Man, this is huge. There’s no way I’m having a relationship with my teachers. I also wanted a place where I could meet a bunch of people I probably never would have met before.

She majored in global business with a minor in political science, but decided as a senior to consider a career in education after an internship with YES Prep and a recruiting call from the director of her alma mater.

Imagine his surprise, then, when at least half a dozen other CSB and SJU alumni from his time at the university – including four from his cross-cultural LEAD cohort – also migrated to the YES Preparation systemwhich includes 23 schools serving more than 17,000 students.

Founded in 2003, YES Prep serves students in grades 7-12 as a high-performing public charter school system. Its students, who are 97% African American and Hispanic and 85% economically disadvantaged, have a 90% graduation rate and go to college often.

In addition to Ortiz-Acosta, who is in his third year teaching social studies, Arturo Viera Barron ’19, Rito Cortez ’19, and Alejandro (Alex) Guzman ’19 are all former cross-cultural LEAD students who teach in YES Prep schools. They also work with two other CSB alumni – Caroline Desert ’19 and Ashley Payne ’19, and an SJU graduate – Armando Turrubiates ’19.

Desert was a peace studies major and is originally from Haiti. She participated in the Teaching Assistant Program in France (TAPIF) before becoming a teacher at YES Prep Brays Oaks Secondary. Payne was a political scientist and government scholar from California who now teaches ninth grade English at YES Prep Northline Secondary. Turrubiates was an accounting and finance major who became an English teacher at YES Prep North Central with Ortiz-Acosta.

“Arturo, Rito, Alex and I had so much in common and very similar struggles going into college,” Ortiz-Acosta said. “We had this common bond. Most of us were out of state. We were all first generation. We experienced things we had never experienced before in our hometowns and became a solid first group of friends that we knew we could count on. Our cohort was pretty tight-knit, although many of us had very different interests. We all had similar values ​​and I think that bonded us.

“(Intercultural LEAD) is definitely one of the things that kept me at CSB,” added Ortiz-Acosta. “When things got tough, I had mentors I could go to.”

Viera Barron is from Dallas. He worked for two years on the staff of the Congress of Mark Veasey, US Congressmanwhich represents the 33rd district in Texas, and volunteered as a weekend citizenship instructor before moving to Houston last year. Now he teaches Economics, Government and AP Government at North Forest Secondary.

“My high school counselor was a (cross-cultural) LEAD graduate and she kept telling me about Saint Ben’s and Saint John’s, and I was very determined to stay in Texas,” Viera Barron said. “Saint John’s was actually the only school I applied to out of state. Eventually I did – largely because she kept bothering me and because of the LEAD (cross-cultural) program.

He says he will never forget the day he flew to Minnesota for a campus visit. It was March 14, 2015, his 18and birthday, and he was greeted with cupcakes on campus.

“They wished me luck with my interview and after I got home they offered me a LEAD (intercultural) scholarship,” said Viera Barron, a sociology graduate. “I didn’t know much about Saint John’s, but once I got to talk to other LEAD (cross-cultural) seekers, I was convinced. LEAD (cross-cultural) has made such a difference for me academically. I felt that many of the faculty and staff on the LEAD (Cross-Cultural) Steering Committee really understood what it was like to be a first-generation student. They always showed me the way and helped me find the best resources.

Although he worked for a politician, Viera Barron knew he had an interest in teaching. He had a Jackson Fellowship the summer before his senior year and was considering going to work with navigating recent immigrants in high school, but his political science professors encouraged him to broaden his options. After working in Constituent Services at Veasey, Viera Barron began looking for the right opportunity to teach. He found it in YES Prep, where he was offered the chance to teach government and politics to prepare seniors. And it’s been a comfortable place to land with his former cross-cultural LEAD peers nearby.

“We try to get together for birthdays or one of the big events in the Houston area,” he said. “I’m grateful to them and would do anything for LEAD (cross-cultural) just because it’s done so much for me. Academically, financially, emotionally, spiritually – you name it.

Cortez is from South St. Paul and was a biology student at Saint John’s. Cortez stayed with Turrubiates, who recruited him to Houston for fall 2019. That’s how Cortez became a junior high science teacher at YES Prep Hobby, which serves students through eighth grade. and is growing each year en route to the 12th. grade.

“I was, like, sure, why not?” Cortez said. “I had no real reason to stay in Minnesota. I had no reason to leave at the same time. But I was 22. Who cares ? Now number one, I don’t have to worry about snow. I can literally get up and go to work in the morning. I don’t need to scratch my car or anything. But there’s also plenty to do in Houston and I’m close to everything I need.

“That’s when my relationships with the other students really started to blossom and we established a strong bond,” he said. “LEAD (intercultural) made a big difference for me in school and also in determining what I was going to do next. I was originally a pre-vet. My freshman year in college, no one could tell me to do anything. There was never any pressure from my parents to do well in school and I really struggled with that. In high school, I didn’t study much. So in first year, I didn’t take my classes seriously. Luckily, I overcame that, and as I changed careers, I was just looking for something I could do for a bit after graduation, but I like it – really.

He expects to stay at YES Prep for maybe another five years, or at least until he pays off his student loans. He wants to stay at least long enough to see his first batch of students until they graduate from high school. He also enjoys coaching girls volleyball and boys basketball at JV and AAU levels. He has also maintained a rivalry with Guzman, who is the varsity basketball and volleyball coach at YES Prep East End, a rival school about 10 minutes away.

“Alex and I are still talking about what it’s going to be like when our school grows to this level,” Cortez said. “I will tell my players that we could lose every game, but as long as we win this one against East End we will have a good season.”

Guzman, who teaches biology in ninth grade, is from Immokalee, Fla., an unincorporated community about 30 miles southeast of Fort Myers. He came to Saint John’s as the son of Mexican immigrant parents, through the Immokalee Scholarship Fund, Intercultural LEAD, and the Rose Marie Lyden and Joananne Argus Marshall Scholarship in partnership with SJU. The latter was created in 2016 by Naples locals John Lyden and Jack Marshall, and Guzman said that without them he would “never in a million years” have had the opportunity to frequent Saint John’s.

Originally a nursing student, he turned to nutrition because he enjoys working with children and plans to become a pediatric dietitian. But, for now, he is a teacher and coach.

“I never saw myself being a teacher,” Guzman said. “But I enjoyed working with kids in mentorship programs and Saint John gave me a different perspective. We all have different points of view. I come from a small town and my students come from a big city. My goal is to help them see things more openly, just as my world was opened up by my experience in Saint John’s.

He says he especially enjoys teaching kids who are new to high school how curious and enthusiastic they are, but also somewhat scared of the new experience.

“I was able to help establish a culture of hard work and discipline,” Guzman said. “I tell the kids, ‘Don’t see me as a teacher and I’m not old enough to be your father, but I’d like to provide guidance from an older brother if you haven’t had that.’ Everything they’ve been through I’ve probably been through it or worse where I’m from I was able to finish college and I want them to have the same opportunity The strongest thing you’ll ever have in this world is your education.

He plans to teach at least one more year at East End. In the fall, he will be the grade level president among his fellow teachers and he also promised his first class that he would see them graduate.

Of course, graduation does not mean the end of school ties. Just ask all those former CSBs and SJUs who teach YES Prep.

“We were all good friends in college, and I think we found some of what we were looking for here,” Ortiz-Acosta said. “Teaching is very difficult, but it can also be very rewarding. There are probably more CSB and SJU graduates also teaching at YES Prep. It’s just that I don’t know them all.