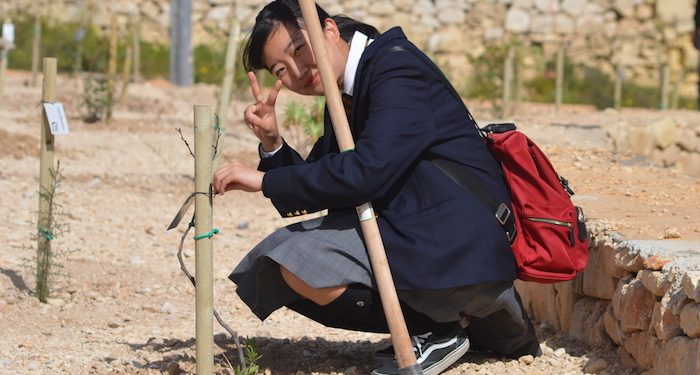 Over 700 Japanese Kindai students have traveled to Malta to learn English since the two educators agreed to work together in 2003.

The Qrendi local council organized a tree planting ceremony in the presence of the Maltese Minister for the Environment, Sustainable Development and Climate Change, JosÃ© Herrera.

The initiative, which is part of EC’s Giving Back program, has enabled Kindai students to plant 200 trees over the past five years.

â€œThanks to the successful relationship between EC and Kindai High School, we now have a number of student ambassadors for Malta who can promote the beauty of the Maltese landscape and what we are doing here to protect and preserve our environment,â€ a Herrera said.

The students also took a cultural integration course at EC’s sister campus at St Martin’s College, where they were joined by AndrÃ© Spiteri, Ambassador of the Republic of Malta to Japan.

“Over the past few years Malta has become well regarded internationally for its expertise in international and English teaching with an ever increasing number of students from various countries including Japan,” said Spiteri.

He added that Malta has benefited from the social, cultural and economic contributions that international education has made to the development of the nation.

“And just as importantly, it has served to consolidate friendly relations with Japan through visits to Kindai High School undertaken over the past 15 years,” he added.

Earlier in 2018, EC opened a school in Riyadh, Saudi Arabia.