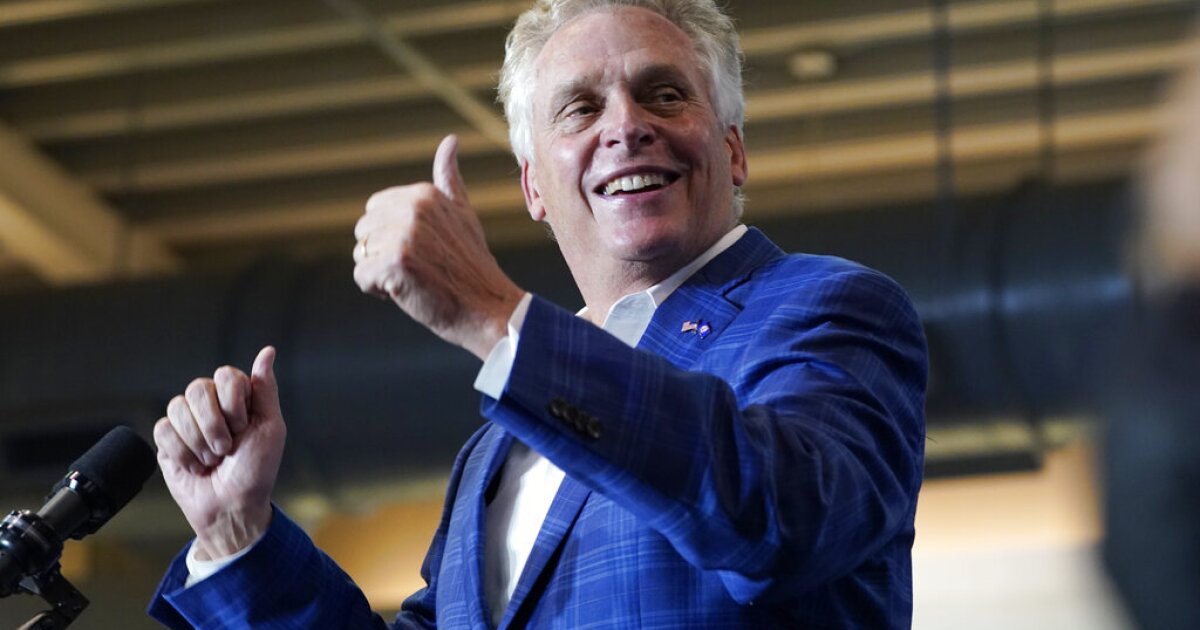 If Virginia’s public school system is so great, why didn’t McAuliffe send his kids there?

In the debate over education and parents’ rights, there’s one key fact that Virginia Democratic gubernatorial candidate Terry McAuliffe always seems to overlook: He hasn’t actually experienced what the school system is like. state public.

Take, for example, a recent interview between McAuliffe and NBC’s Chuck Todd when asked why he said parents shouldn’t help school districts determine their curriculum.

“Listen, Chuck, we have a great school system in Virginia. Dorothy and I have raised our five children – of course the parents are involved,” McAuliffe responded.

McAuliffe’s response implied that he and his family were involved in the public school system. They were not.

McAuliffe was privately educated, as were her children. He sent one of his sons to Gonzaga College High School, a private Catholic school in Washington, D.C. Three of his other five children attended the DC-area’s beloved Potomac School, where annual tuition starts at $45,000 . His wife, Dorothy, served as president of the Potomac School Board of Trustees.

In other words, McAuliffe is bragging and trying to exclude parents from a school system he didn’t even want to send to his own children.

Parents like McAuliffe, who have the resources to send their children to expensive private schools, should have the right to do so. But the irony in all of this is that McAuliffe is trying to deny other parents who have no choice but to depend on the public school system the kind of parental access that was guaranteed to him. Like National exam Noted, the Potomac school has 17 separate committees that “facilitate open communication and serve as a liaison between parents and school administration.” If a parent at this school has a problem with something their child is learning, I guarantee that they will not only be allowed but encouraged to share their concerns with the school. After all, they pay $45,000 a year.

Why wouldn’t Virginia’s other parents have the same right? They, too, pay for their children’s education — all taxpayers do. Why don’t their concerns matter to McAuliffe?

Because he, like any good rich leftist who has spent too much time in the Beltway, believes that he and his chosen experts know best. Whether parents like educational materials or not, they can’t know more than a teacher or school board member.

McAuliffe is wrong. Parents know enough to realize that the Virginia public school system has failed its students, and parental involvement is the only way to change that. Especially since, unlike McAuliffe, they can’t spend more than $100,000 a year to send their children elsewhere.

TC not compulsory for admission to classes adapted to the pupil’s age: HC | Transfer certificate for admission