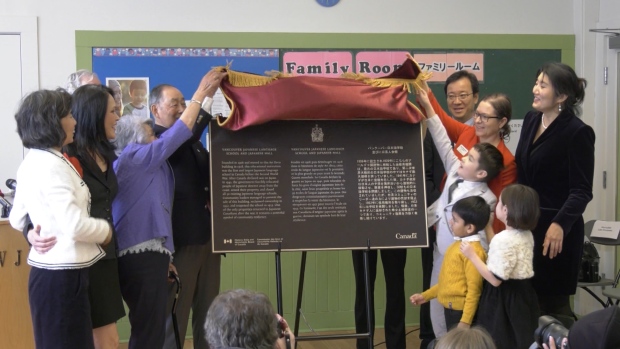 VANCOUVER – For more than a century, a small school in Vancouver’s Downtown Eastside has carried on British Columbia’s rich Japanese tradition.

Today, the Vancouver Japanese Language School and Japanese Hall receives one of the highest honors in Canada: a National Historic Site designation.

“It brought back fond memories of my childhood,” said Akira “Aki” Horrii, who was a student at the school before World War II.

The school‘s past tells the story of Vancouver’s Japanese community and what little remains of the city’s Japantown, a once thriving community of 8,000 people.

â€œWe were impressed with the architectural argument and the cultural and community history argument,â€ said Timothy Christian of the Historic Sites and Monuments Board of Canada.

During World War II, the school was forced to close as many of its students and their families were transferred to internment camps.

“We were told that the reason for the internment was that we posed a risk to the security of the country of Canada,” said Horrii.

Community leaders fought to prevent the property from being sold, and they succeeded. When the war ended, the school was one of the few properties returned to a Japanese Canadian.

â€œFor the younger ones to study the Japanese language and carry on this culture and tradition, I think it’s a wonderful thing,â€ said Horrii.