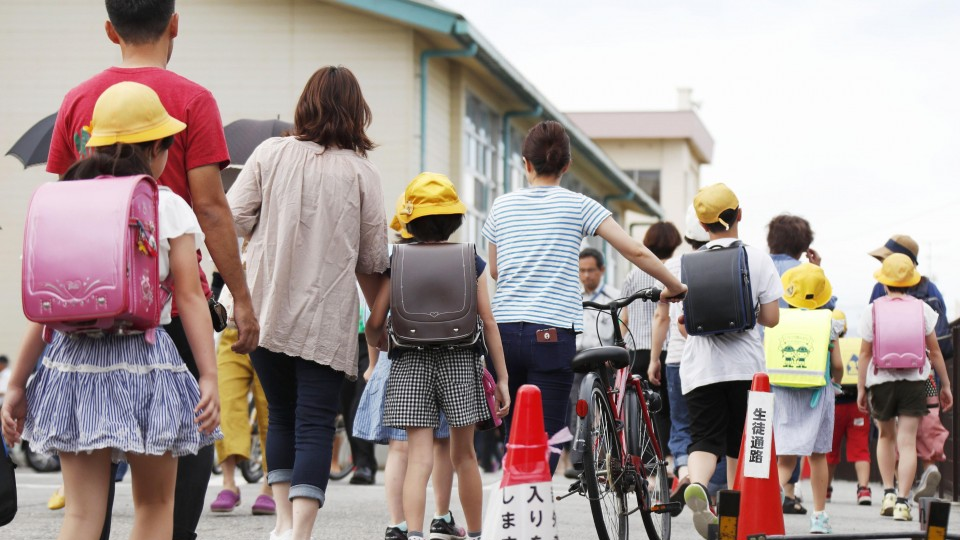 Classes resumed Tuesday at an elementary school in central Japan amid heightened security, a week after a man killed a police officer and school security guard with a knife and gun and fired bullets at the school.

Students came to Okuda Primary School in Toyama City accompanied by family members after the school requested an escort for them, while teachers stood at nearby intersections and police patrolled the area. the region.

“I’m afraid my son will have a flashback to the incident,” said a 45-year-old woman, who accompanied her second-grade son to school.

“I’m also worried about the threatening emails,” the mother said, referring to emails sent to local police and a major daily suggesting the school could be the target of another attack, delaying the reopening of the school. school initially scheduled for Monday.

A woman in her sixties who accompanied her fifth grade grandson to school revealed her anxiety, saying, “I wish I could watch my grandson all the time at school. I want the police to be there. posted for a while. “

Two police officers are to be stationed on the school grounds until Wednesday to ensure security.

Before reopening classes, the school had taken steps to alleviate any psychological stress suffered by students as a result of the attack, such as changing the designated walking routes to the school. Previous routes took students past the police station and through the entrance gates of the school where the murders took place.

The school also stopped using the hallway where one of the bullets used in the attack was found. All the classrooms along the corridor have been relocated and a counselor has been dispatched to provide psychological support to the students.

The school, where two bullets were recovered after the incident, had been closed since last Tuesday when a 21-year-old former Self-Defense Force member stabbed a policeman to death at a nearby police station and stole his handgun, before fatally shooting a security guard near the front door of the school.

Keita Shimazu, now hospitalized, was arrested at the scene after being shot dead by a police officer.

Local police and Asahi Shimbun Co., a major daily publisher, each received an email threatening to attack the school on Sunday evening.

Police said both emails were sent around the same time and appeared to be from the same person. They investigate threats as cases of intimidation or obstruction of business activity.

Japanese schoolchildren sent a message in a bottle. 37 years later, he ran aground…