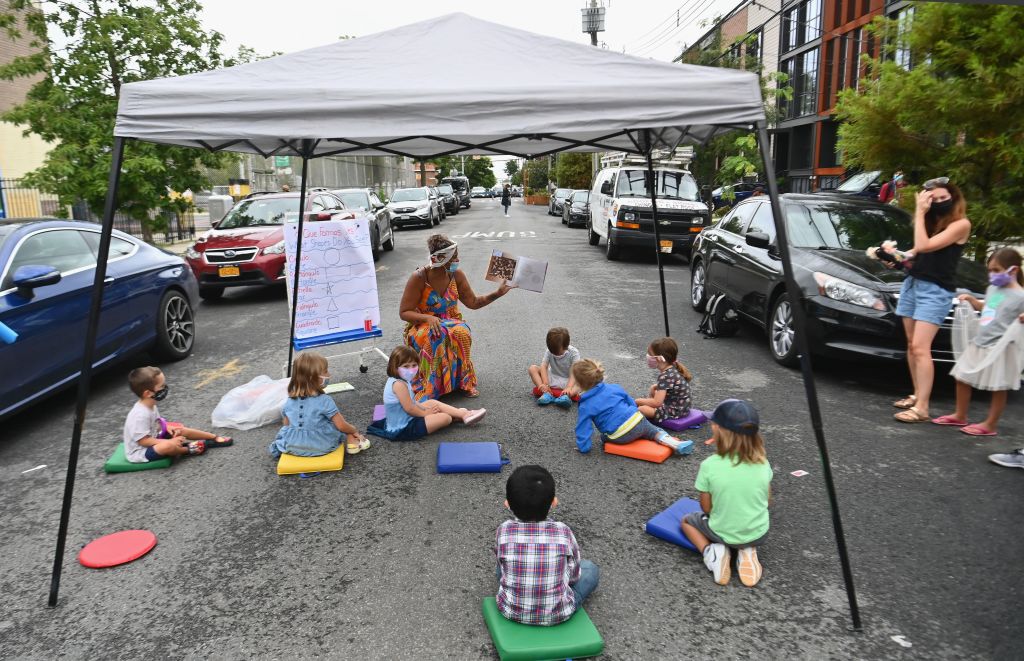 New York’s school system, the largest in the United States, will begin its gradual reopening in December

Schools were closed less than two weeks ago after the rate of citywide coronavirus tests coming back positive exceeded a 3% threshold agreed to by the mayor and teachers’ union. De Blasio said the 3% benchmark was being removed /

“It’s a new approach because we now have so much evidence that schools are safe,” de Blasio told reporters.

Chancellor of Schools Richard Carranza, who joined the mayor at a press conference, said that with the new measures he believed the city could “keep our schools open safely and successfully for the duration. of this pandemic “.

The city has over a million public school students. By the end of October, only about 25% of students had attended school this fall, far less than authorities had expected.

The New York City school system, like others across the country, halted in-person learning in mid-March as the virus escalated.

While many large American school districts later decided to start the fall term with online learning, de Blasio insisted that the doors to schools be opened.

The reopening date, originally set for September 10, has been postponed twice as teachers, principals and some parents said safety precautions and staff were insufficient, with the teachers’ union threatening at one point given to strike.

The city has agreed to changes, including hiring thousands of additional teachers and testing 10-20% of all students and staff per month for the virus.

This story is developing. Refresh for updates.