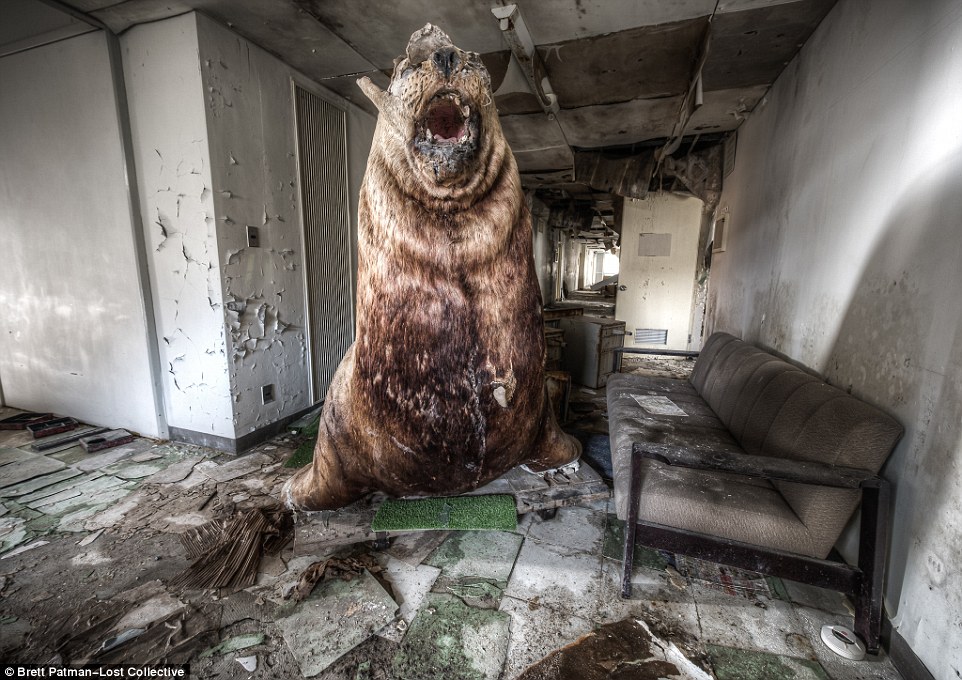 These haunting photographs offer a glimpse of a once bustling Japanese school building left in ruins after being abandoned.

The abandoned classrooms and hallways of Yubari Asahi Primary School were once filled with children of all ages, but now they are inundated, vandalized and riddled with rot.

The bizarre snaps were taken by Australian photographer Brett Patman, who documented the once-prosperous city that fell into disrepair following devastating mining disasters. 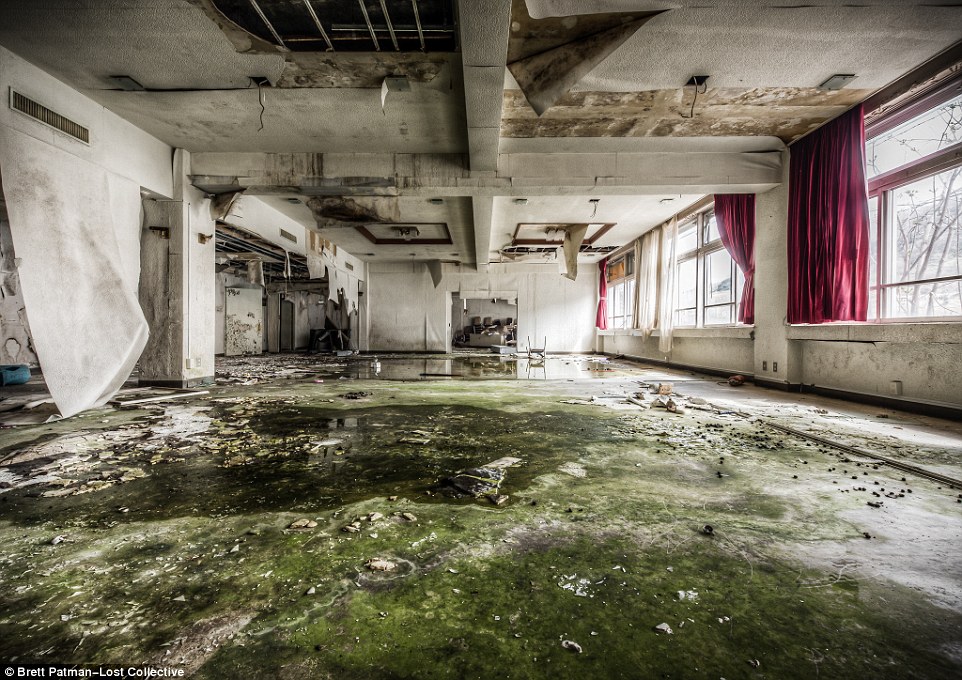 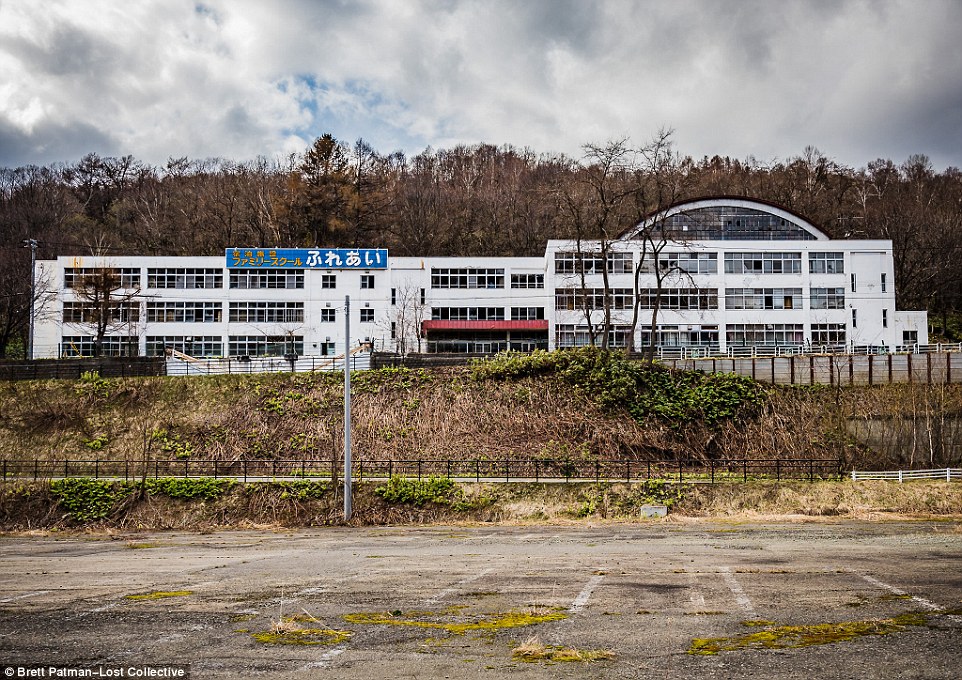 â€œWe were documenting the city when we came across the school. There was a real sense of panic when we entered; you never know what’s inside, â€Mr Patman told Daily Mail Australia.

He said there was deer droppings strewn over much of the grounds, raising fears that the animals that had made their home in the school could rush in at any time.

But in the end, he had contact with another form of wildlife.

â€œWe turned a corner, I found myself face to face with this huge stuffed seal. My first thought was’ it’s a bear! I will die.’ It was absolutely terrifying.

The company that owned Asahi went bankrupt in 2006, leaving the school to collapse on the hill.

Yubari, founded in 1943 on the island of Hokkaido to exploit the region’s vast reserves of coal, once had a population of 120,000.

But after being rocked by mining disasters and changes in the mining industry, the city’s population collapsed to just 9,000, leaving abandoned buildings to sink into disrepair.

Mr. Patman operates a Facebook photography page called Lost Collective and a website of the same name, which focuses on abandoned buildings and cityscapes. 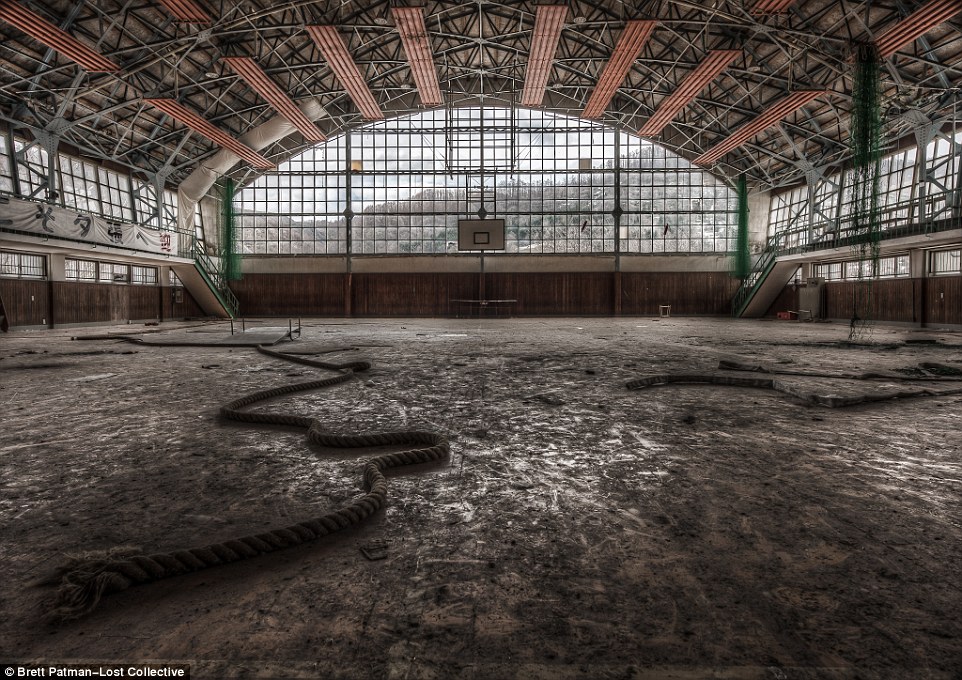 The school hall, overlooking the foothills of Yubari, is now occupied by schools of sparrows 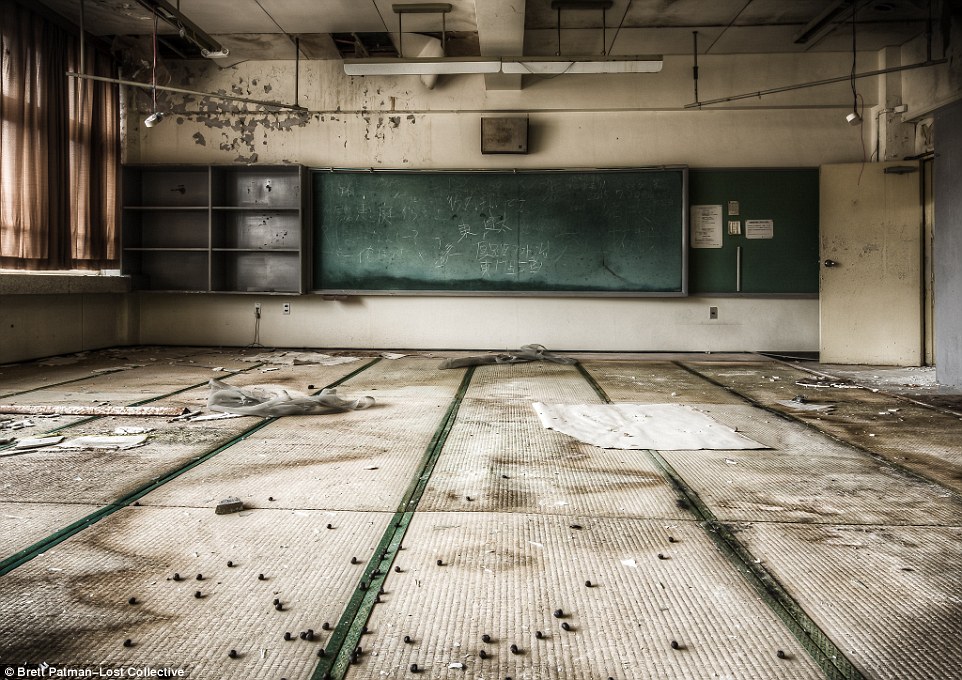 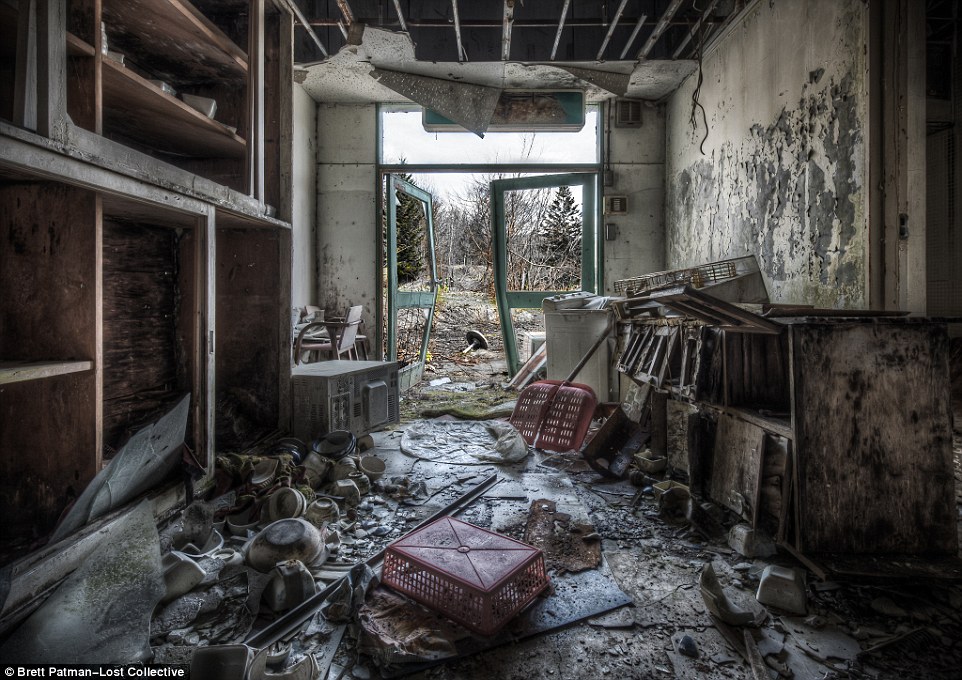 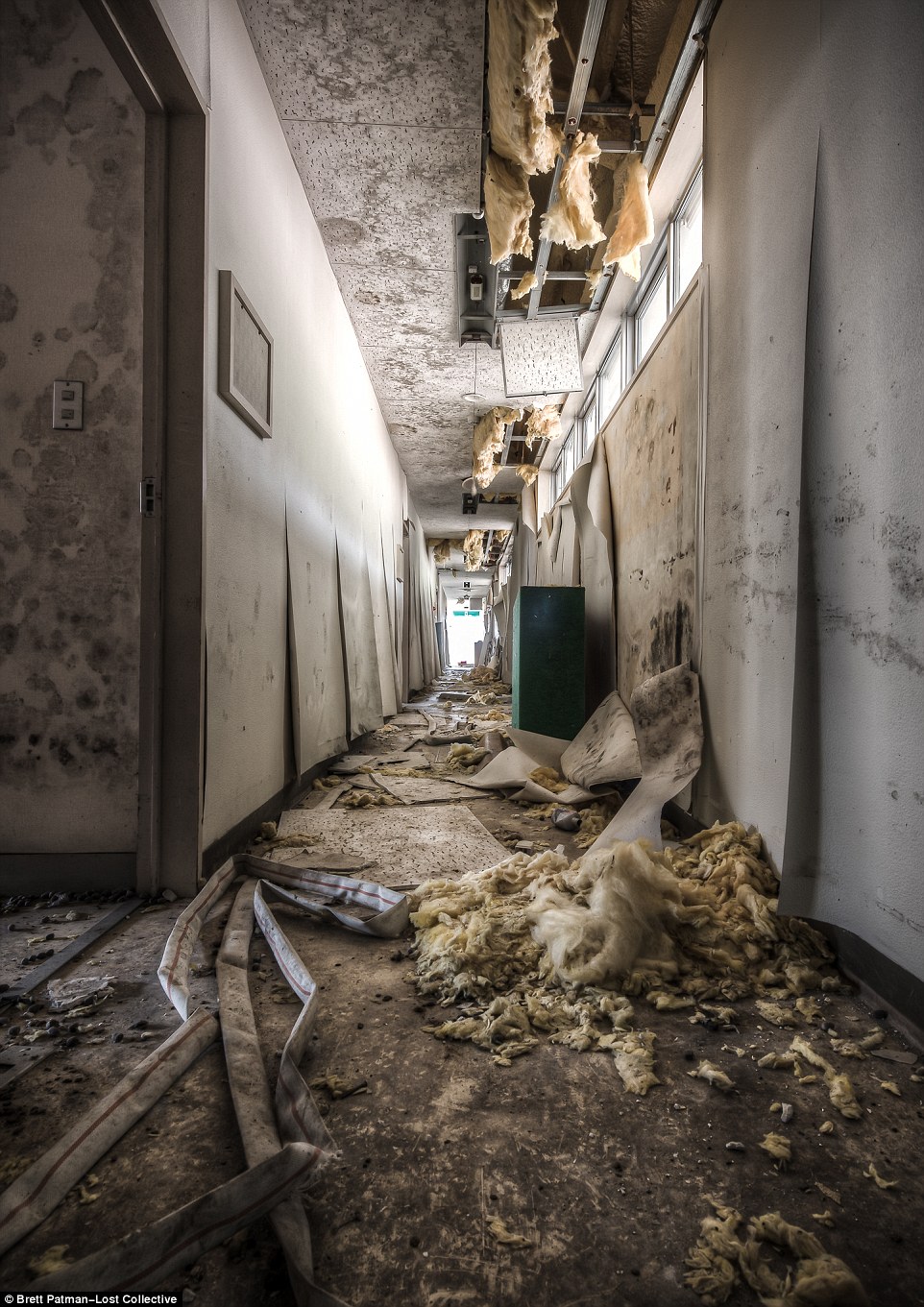 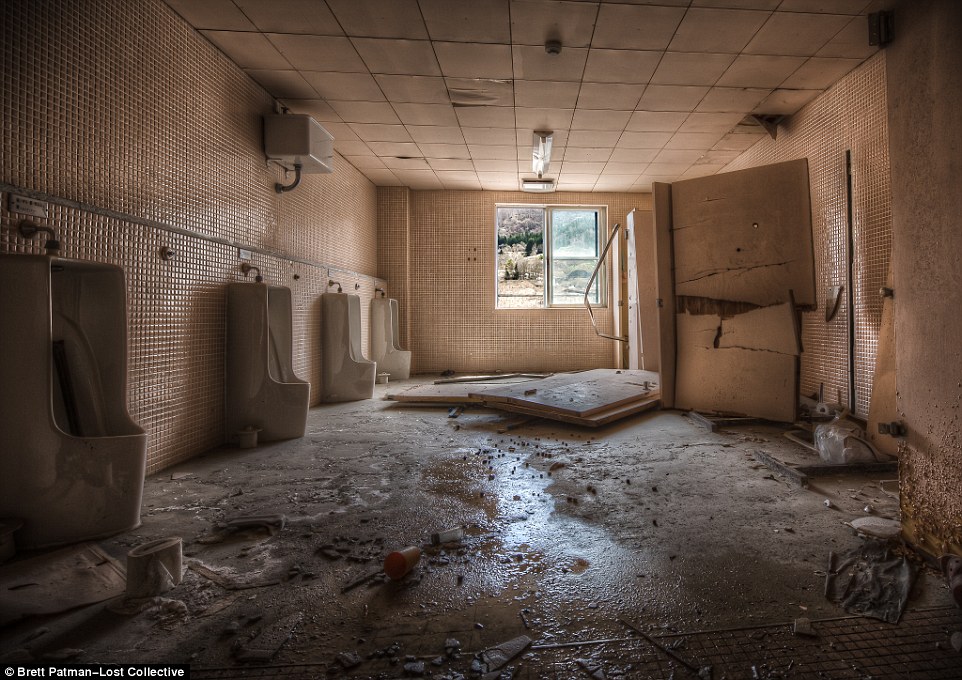 The company that owned Asahi went bankrupt in 2006, leaving the school to collapse on a hillside 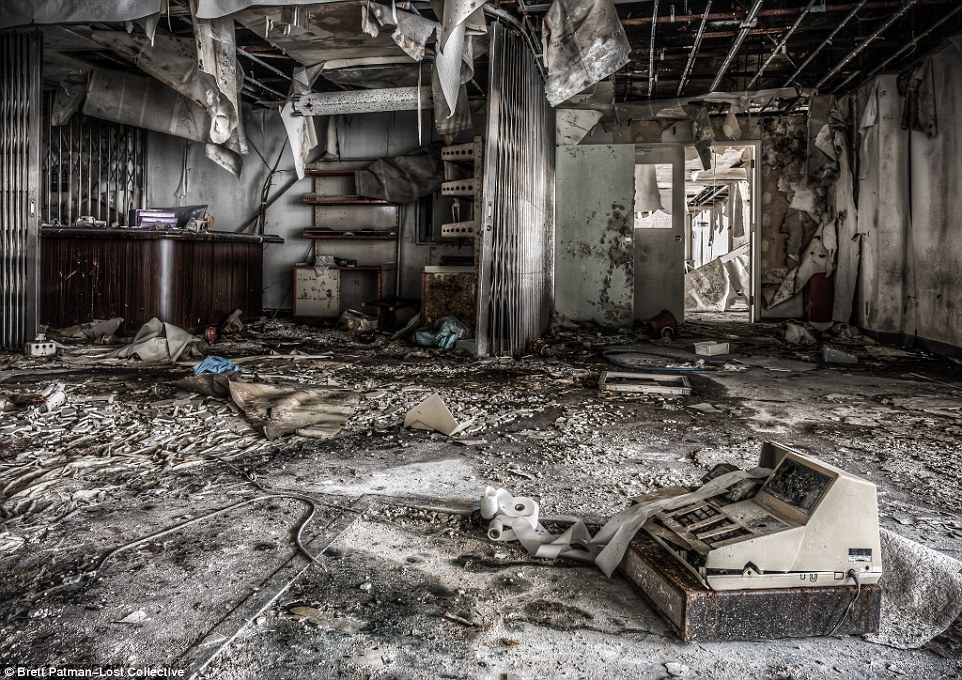 Yubari, founded in 1943 on the island of Hokkaido to exploit the region’s vast reserves of coal, once had a thriving population of 120,000. 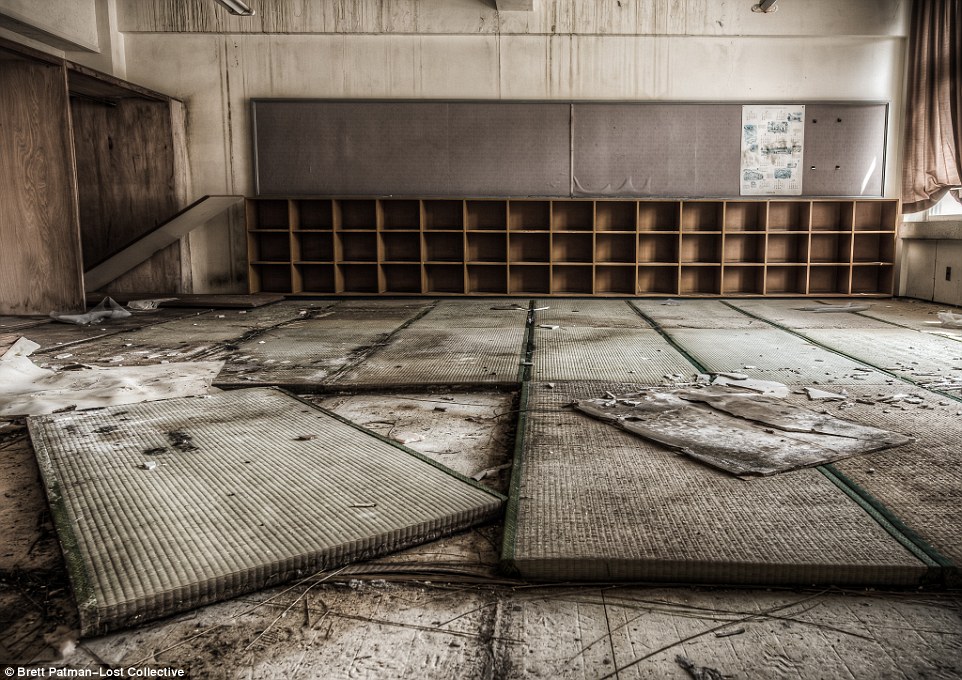 The city after being rocked by mining disasters and changes in the mining industry, leaving abandoned buildings plunged into disrepair 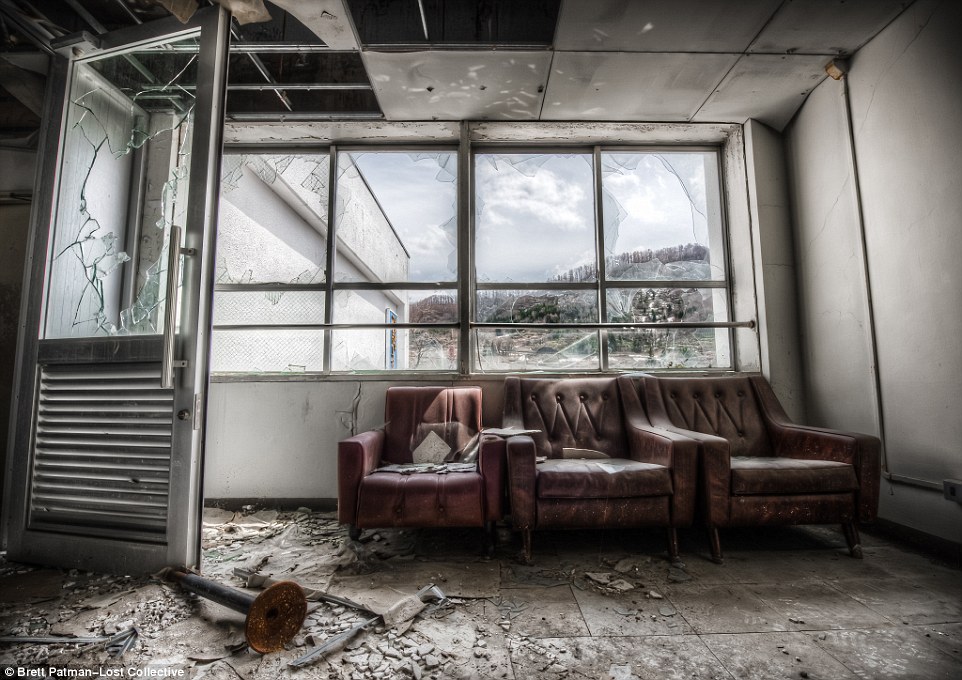 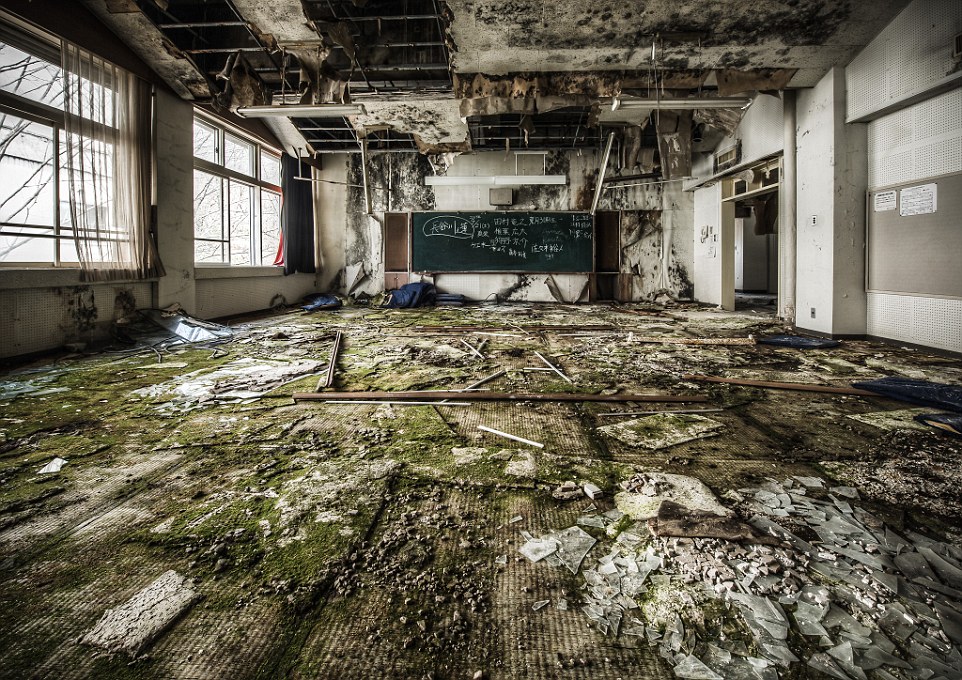 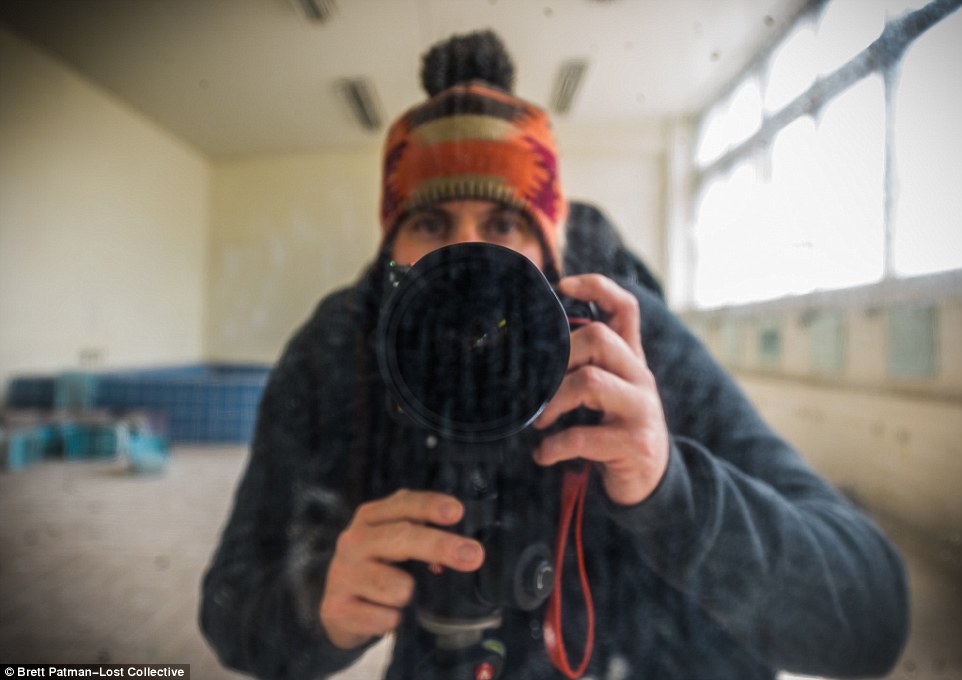 The bizarre shots were taken by Australian photographer Brett Patman, who specializes in documenting abandoned towns and cityscapes.

As eye-catching as they look, Japanese school uniforms can be an extremely expensive hassle for parents.