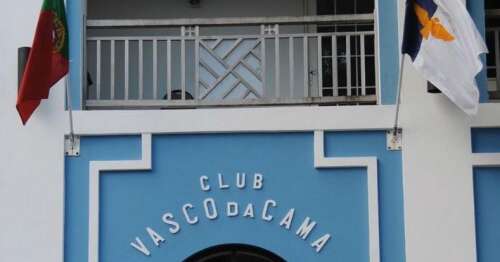 A Portuguese language school for children has recruited a new teacher.

The Portuguese Cultural Association of Bermuda said Lidia Silvia, who taught the language in Bermuda for a year from her London home through Zoom, will move to the island.

Richard Ambrosio, President of the PCA, said: “It has been very well received despite the education given in these difficult times.”

Mr Ambrosio said the Portuguese school had to suspend its activities until the end of the last school year due to the Covid-19 pandemic and thanked former school teacher Veronica Franco, who has worked on the island for a decade, for his service.

He added: “Most of our fundraising for 2020 and 2021 had to be canceled, depriving the PCA of critical revenue.

“The main ones have been the Ag Show, the Kappa Classic, the Santo Cristo Festival, bake sales, fundraising dinners and football tournaments. “

Registrations for the Portuguese school are open and there are still a few places available.

This is an after-school program for grade 6 elementary students.

The school, located on the ground floor of the Vasco da Gama Club on Hamilton’s Reid Street, costs $ 500 per year per student, but the PCA said parents could pay in four installments of $ 125 due to the economic impact of the pandemic.

Classes should start next Tuesday, with Zoom first.

But the PCA said it hopes to return to class as soon as possible.

The PCA added that it was working on an adult language program and registration was due to begin shortly after Ms Silva arrived on the island.

Ms. Silva graduated in Romance Language and Literature, specializing in Portuguese and French, from the University of Madeira.

She then obtained a primary education diploma from the University of the Azores.

To register for courses or for more information, send an email to portugueseBDA.com.

Mr Ambrosio added that the PCA is a charitable organization and depends on public support to keep its programs running.

Plans for a new language school in Birkenhead