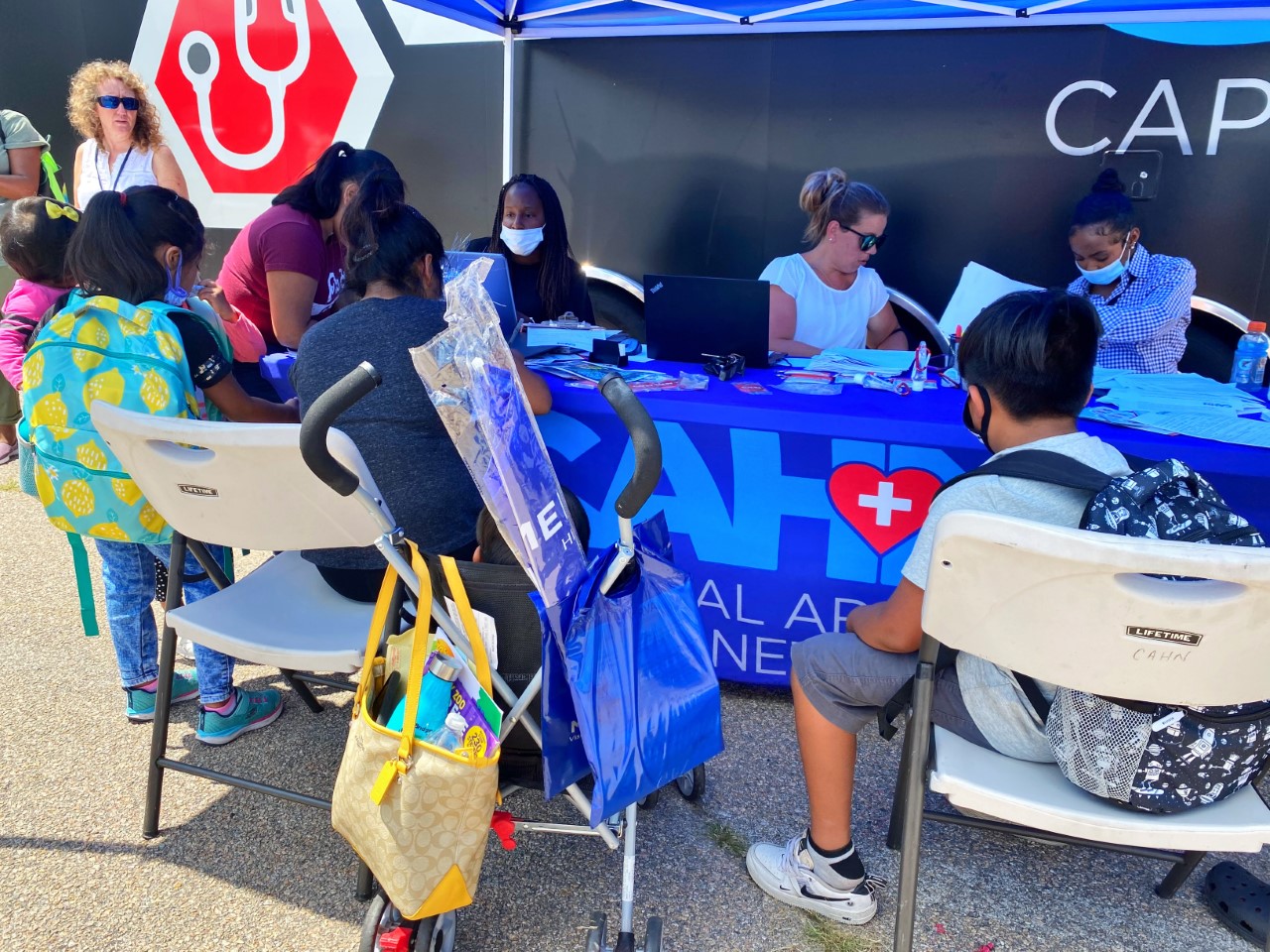 Michael Rawlings is the Director of Operations for the Capital Area Health Network. According to Rawlings, parents and students were able to get what they needed on site.

â€œPeople haven’t really been able to come out in regards to the pandemic to meet some of their basic needs, some of their health care needs,â€ Rawlings said.

According to Superintendent Jason Kamras, masks will be required for all students, staff and visitors this school year.

â€œWe think this is the safest course of action, especially with the booming Delta variant,â€ Kamras said.

Some parents like Gina Hamlin are ready for their children to return to in-person learning.

â€œAs long as everything is safe and driven safely. I really felt they missed this last year,â€ Hamlin said.

But Hamlin, along with several parents, is also concerned about the Delta variant.

“It’s a concern that the school has already started and cases are already emerging in other areas,” Hamlin said.

Oyiah Eze is a parent in Richmond Public Schools. Eze said she was grateful the decision was made to require masks in schools. Eze told 8news that she would consider reverting to a virtual model. However, RPS is no longer accepting additional students for its virtual academy due to staff availability.

Over 1,800 students have registered for the RPS Virtual Academy. Kamras said at a school board meeting that this represents about 8% of the entire student body.

Superintendent Kamras urges parents to vaccinate students aged 12 and over as soon as possible. Hamlin’s son is entering 7th grade and is in the process of being fully immunized.

â€œHe has already had his first vaccine. He’s just turned 12, so he had his first last week, but he’s got to have his second, â€Hamlin said.

In a statement to 8News, Kamras said he is seriously considering a vaccination mandate for RPS staff “to protect the health and safety of our students and staff.”

School will start on August 24. For students in grades 6 to 12, they enrolled in the virtual academy. The first day of school for returning students will be September 8th. The Kindergarten to Grade 5 students of the Virtual Academy will also begin on September 8.