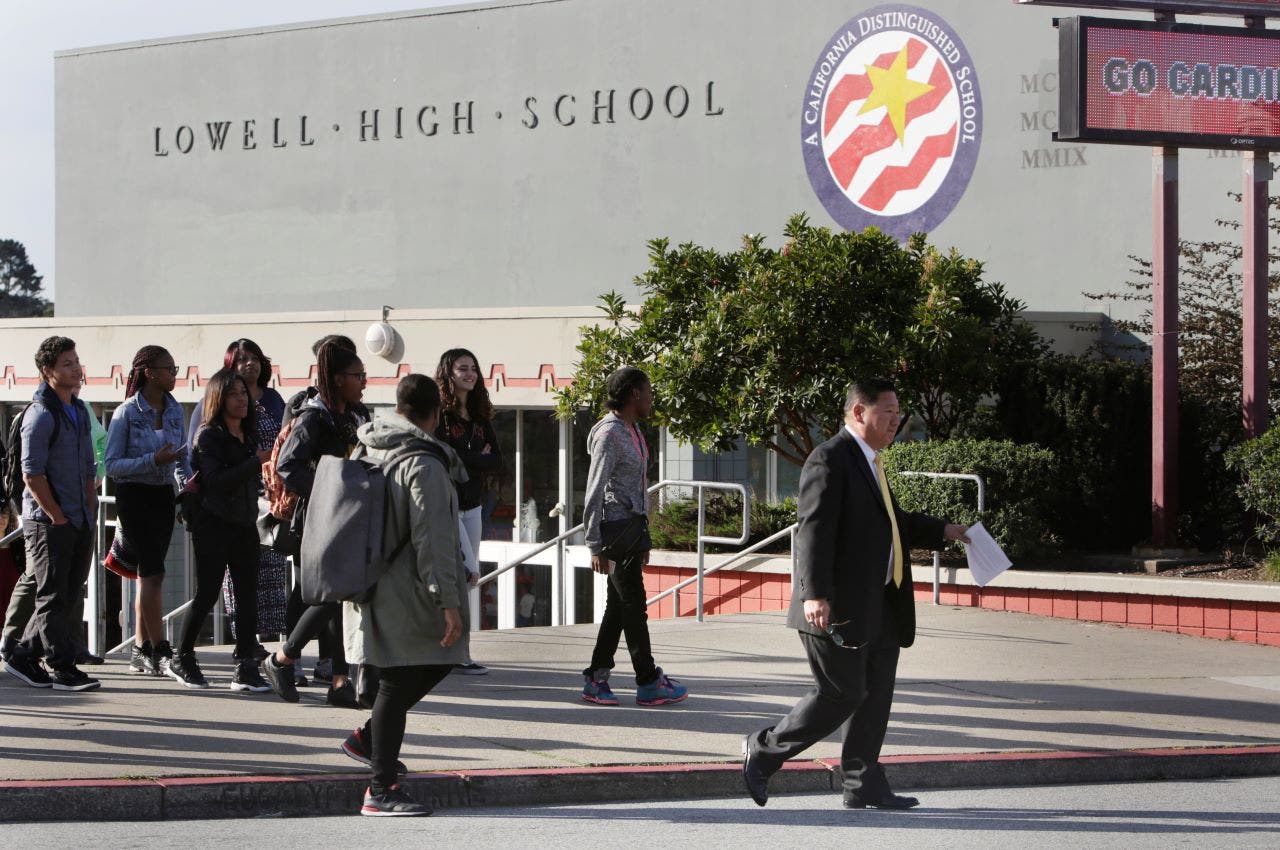 The San Francisco The United School District’s school board voted to reinstate a merit-based admissions system.

In a 4-3 vote on Wednesday night, the council voted to reimplement the merit-based system two years after switching to a lottery-based system which the council said would address concerns about racism presumed lack of diversity and lack of data. caused by remote learning during the coronavirus pandemic.

The vote comes months after voters in San Francisco recalled three progressive school board members after a surge from parents expressing concerns that social justice goals had become more important to the council than academic goals and the reopening of schools.

“The city of San Francisco rose up and said it was not okay to put our children last,” said Siva Raj, a parent who helped launch the recall effort, after the February recall election. “Talking is not going to educate our children, it is action. This is not tokenism, it is not about changing the name of a school, it is about helping children to inside the school building to read and learn math.”

The board vote was a rejection of Superintendent Vince Matthews’ recommendation to keep the lottery system going for another year and lottery supporters say it makes the school more diverse.

“It’s not just for one ethnic group. It’s for all students who choose to make Lowell their home,” Virginia Marshall, president of the San Francisco Alliance of Black Educators, told the San Francisco Chronicle.

The San Francisco, California skyline showing the Transamerica Building framed by the North Tower of the Golden Gate Bridge is pictured at sunset February 27, 2008. (REUTERS/Robert Galbraith)

The San Francisco Chronicle also reported that the new merit-based system could face legal challenges due to a state law regarding the academic criteria used for admission to comprehensive high schools.

A judge last year blocked the school board from making the lottery system permanent after critics filed a lawsuit claiming state law was violated when merit-based criteria were scrapped of the process.

The board also voted on Wednesday to overturn a previous board decision ordering a mural of former President George Washington to be painted at George Washington High School due to allegations of racism for its depiction of American Indians.

Andrew Mark Miller is a writer at Fox News. Find him on Twitter @andymarkmiller and send tips to [email protected]