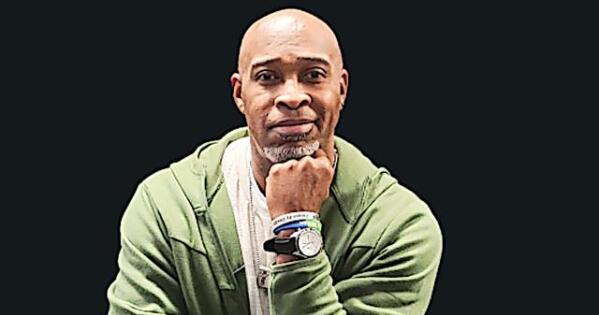 Newtown Public School’s Diversity, Equity and Inclusion Coordinator, Wesley A. Johnson II, has resigned from his position to work for a faith-based nonprofit, the superintendent announced. from Chris Melillo Schools on August 17.

Johnson, after the announcement, said The Newtown Bee he “was really torn” by the decision and that he hadn’t “made the decision overnight”. He was hired in the 2021-22 school year and was the first person to fill the then newly created district position.

As previously reported, Johnson has worked as a contractor for Bethel Public Schools providing coaching and training on diversity, equity and inclusion; as Regional Director/Developer of Young Life in Danbury; and more before coming to Newtown.

In his letter to Newtown Public School families on Aug. 17, Melillo wrote, “Our Diversity, Equity and Inclusion Coordinator, Wes Johnson, has been offered a position with an organization denominational which will provide him with the space to work with young adults. . It was an opportunity he couldn’t pass up, as Wes had wanted to serve in that type of role.

“I’m sad to see Wes go, but also excited for him in his future endeavors,” the superintendent continued. “I wish him luck. Wes has asked that I share this message with the public, as I know many in the district will be disappointed by this news. This work is important and should be supported. I will be working with my administrative team, the school community and the school board to fill the void created by Wes’ departure.

In his resignation letter, Johnson announced that he would officially step down from his post on August 31.

“I received an offer to serve as the Divisional Training Coordinator of a Top 100 nonprofit faith-based organization, and after careful consideration, I have decided to accept,” Johnson wrote. “It was a pleasure to work with the staff and community members.

Proud of the series ‘Conversations’

“One of the many highlights is the ‘More Than Conversations About Race’ community conversations, the district-wide professional development day, and the School Equity Leaders initiative,” he continued. “This district can continue to grow in the areas of diversity, equity and inclusion, and culturally appropriate practices. I sincerely hope and wish that District leaders will continue to be open to intentional and meaningful growth in these areas.

Johnson said he will always be in the greater Danbury area as he will be working for Young Life in Danbury. He also shared that he promised to be available as a resource should the school district need him.

While sharing some of the things he’s most proud of from his time in the school district, Johnson focused on the “More Than Conversations About Race” events, a collaboration between Newtown Public Schools and the CH Library. booth. The events were the result of Johnson reaching out to the library.

“It became something I couldn’t have imagined,” Johnson said. He is also proud of how the Newtown Public School community welcomed him when he was hired.

“They were incredibly responsive, incredibly welcoming, and incredibly open to learning and growing in the area of ​​diversity, equity, and inclusion,” Johnson said.

Two things Johnson wishes he could still be a part of this coming school year are other points of pride for him: the school district’s new equity leaders and a ‘playbook’ he created. for the district. There will be two equity leaders at each Newtown public school this fall, Johnson explained, and those leaders have received training on topics related to diversity, equity and inclusion.

“I think this is going to be a game-changer for the district,” Johnson said.

He developed the “playbook” over the summer. It includes scripted readings, tips for professional learning communities and professional development days, and can serve as a resource to guide conversations and deal with situations.

Education Editor Eliza Hallabeck can be reached at [email protected]