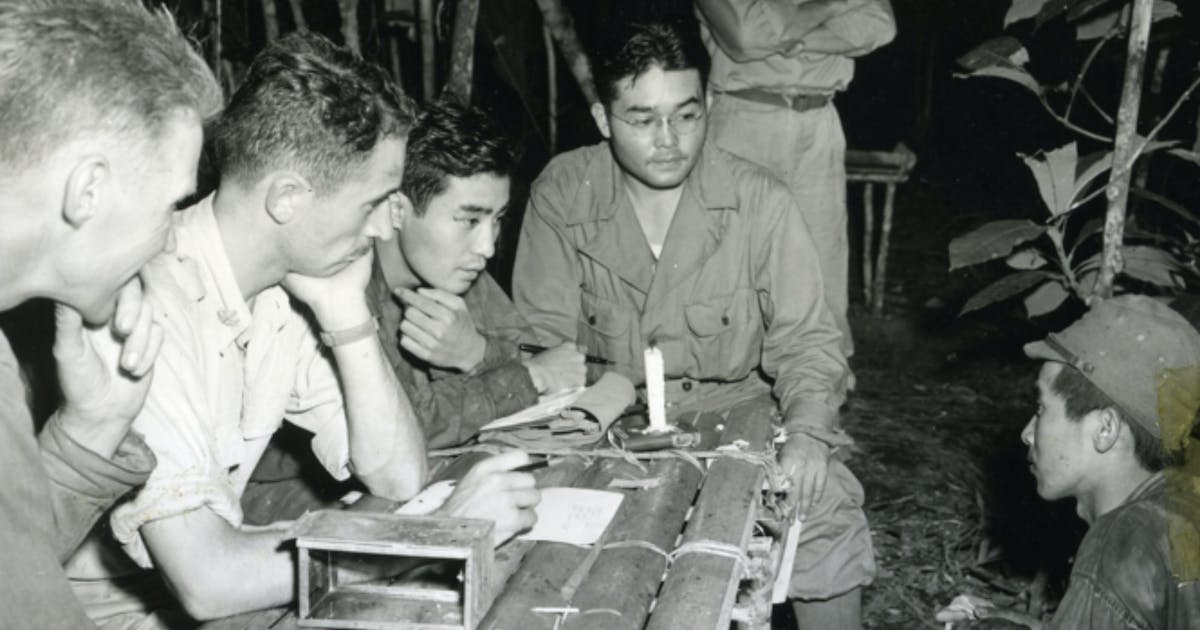 In a neglected and underrated chapter of World War II, thousands of second-generation Japanese-Americans, or nisei, came to Minnesota for military language training as the war escalated.

After crash courses in language training at Savage and then Fort Snelling, graduates of the Military Intelligence Service Language School were sent overseas in small teams to every stop of the Pacific Theater – from Burma to Okinawa .

Their exploits were classified and kept military secret for 50 years. This is one of the reasons why, as the world commemorates the 70th anniversary of the end of the war, “most people in Minnesota know nothing about language school,” said Sally Sudo, of Bloomington.

She is co-chair of the Twin Cities chapter of the Japanese American Citizens League – and one of the few local women trying to raise awareness of the vital role played by language schools in Minnesota. In conjunction with the Minnesota Historical Society, the group is sponsoring an exhibition of rare WWII photographs at the Fort Snelling Visitors Center which will open on May 17.

For Sudo, it’s personal. Her late brother, Joe E. Ohno, was one of 6,000 Nisei soldiers attending the school. He volunteered at age 18, the day after graduating from high school in Idaho in 1943. The rest of the family were forced out of their Seattle home and confined, with over 120,000 people of Japanese origin. Two-thirds of those detained on the orders of President Franklin Roosevelt were American citizens.

Ohno served in the Philippines, then occupied Japan with the Ministry of Finance. After the war he went to the University of Minnesota on the GI Bill and got a math degree. He worked for the New Orleans Police Department, where he installed his computer system. He died in 2002 at the age of 76.

While much of the nation suspected Japanese Americans of being disloyal and doing nothing right after Pearl Harbor, Minnesota was different – thanks to Governor Harold Stassen and a young bureaucrat named Hubert Humphrey who, in early thirties, was named the state war. Director of the service program.

The military language school opened in an abandoned hangar at the Presidio in San Francisco in November 1941, just a month before the attack on Pearl Harbor.

The War Ministry saw conflict looming and was quick to familiarize soldiers with Japanese. Japanese military leaders privately boasted that their communications were safe from Westerners because few spoke their language – let alone could decode Japanese shorthand and a dialect used for military affairs.

â€œNisei linguists were among the few Americans who could speak, read and write the complex Japanese language,â€ said Janet Carlson, retired chemistry professor at Macalester College and leader of the Japanese American Citizens League. “There was not a single case of espionage or sabotage ever identified among Japanese Americans during World War II.”

After the U.S. military was rocked by the sneak attack on Pearl Harbor, Roosevelt’s Executive Order 9066 forced the withdrawal of all people of Japanese descent from California and parts of Oregon, Washington, Arizona and Alaska Territory.

This forced the language school to move.

“Stassen assured all in the military that Minnesota would be a good place for this language program,” Carolyn Nayematsu, another league member, said in a group interview at her home on Summit Avenue in St. Paul. .

Stassen donated Camp Savage, a former Works Progress Administration camp and later a home for the poor. The initial class of 200 students and 18 instructors met on June 1, 1942. By August 1944, the program had grown too large for its facilities and had moved near Fort Snelling until 1946.

Although most of those trained at Fort Snelling were men, by November 1944 nearly 50 Nisei members of the Women’s Army Corps had studied the same program and became written language translators.

After the war, language school graduates translated and worked as interpreters in war crimes courts and filled a myriad of roles in the occupation of Japan.

â€œBridging the language and cultural barriers between Japan and the United States, they played a central role in one of the most constructive and historic occupations in world history and laid the groundwork for the creation of a valuable and stable ally in peacetime. “said Carlson.

Many Nisei soldiers trained in Minnesota decided to stay put. The 1940 census shows 51 people of Japanese descent in Minnesota – most of them railway workers. By 1950, that number had multiplied by more than 20 to reach 1,049.

Curt Brown’s Tale of Minnesota History appears every Sunday. Readers can send him ideas and suggestions at [email protected]