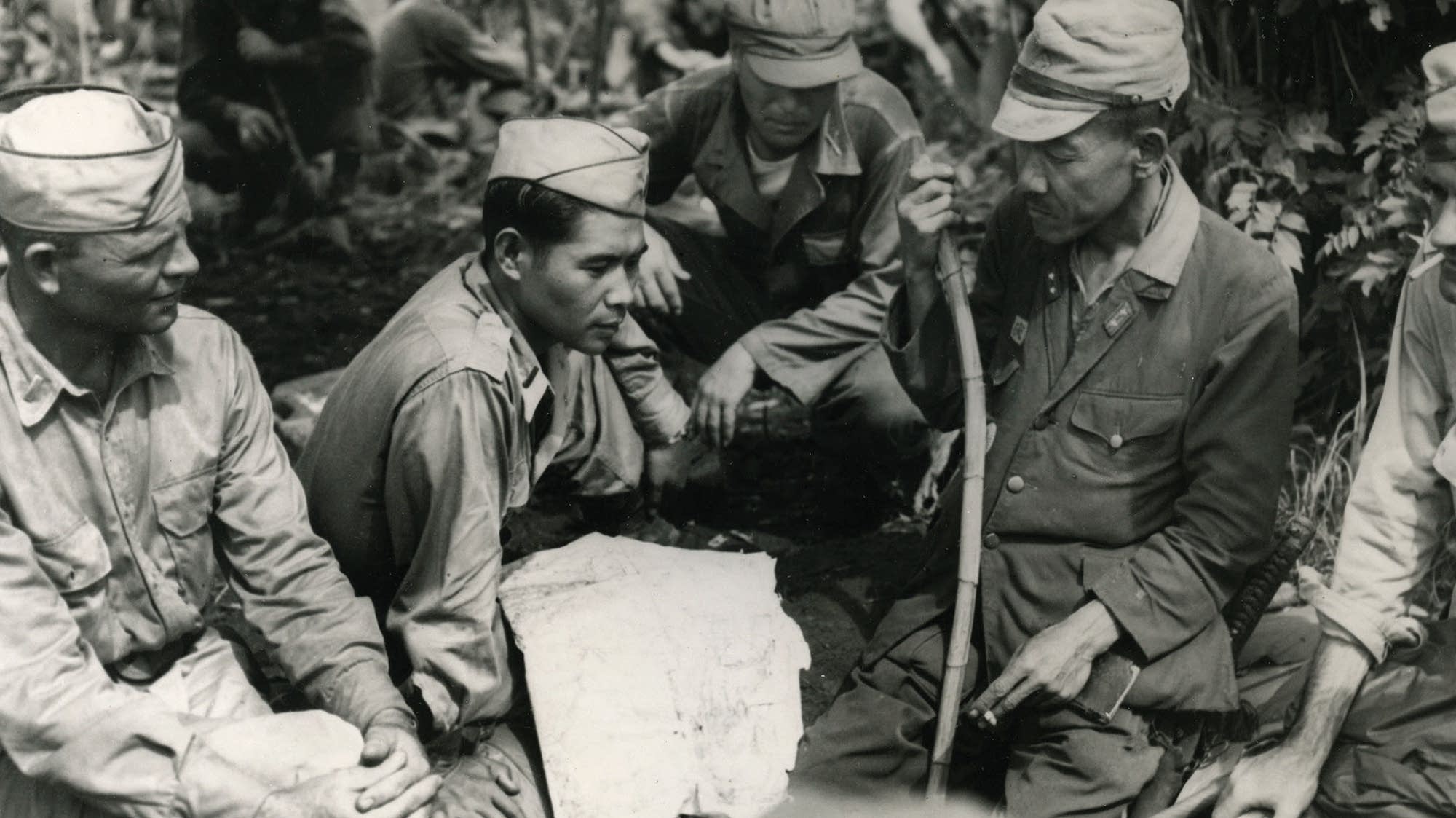 A new photo exhibit at Historic Fort Snelling in Minneapolis invites viewers to step back in time to World War II, when the fort was home to a secret language school.

The Military Intelligence Service Language School trained second generation Japanese-American men, or nisei, to be performers in the Pacific theater. The Twin Cities Chapter of the Japanese-American Citizens League mounted the new exhibit in conjunction with the Minnesota Historical Society. It opened on Saturday.

â€œThere have been so many acts of heroism and bravery,â€ said Sally Sudo, a member of the Twin Cities Japanese-American Citizens League Education Committee. “Due to the fact that they looked like the enemy, if they weren’t in uniform they could easily be killed by friendly fire.”

Once trained, the men served with U.S. and Allied forces across the Pacific, working as interpreters and interrogators of Japanese prisoners. They also translated captured documents and participated in cave cleaning, calling through loudspeakers to encourage Japanese soldiers hiding in the caves to come out. The intelligence they provided proved essential to the war effort.

Sudo and his family were in an internment camp when his 17-year-old brother, Joe Ohno, volunteered.

â€œYou think of the irony,â€ Sudo said, â€œthe fact that the reason we were arrested and placed in internment camps is that we supposedly couldn’t be trusted. – saying to commit acts of sabotage or espionage. And then to think that now the military wants you to serve in their military intelligence service? And the fact that so many of them volunteered with their families still behind barbed wire Isn’t that a bit ironic?

Sudo spent three and a half years in internment. When she and her family were released, they moved to Minnesota because of her brother’s positive report on the state. Many people from the Twin Cities Japanese-American Citizens League who worked on the exhibit did so because of a family connection to the language school.

The Minnesotans who served in World War II also helped create the exhibit.

According to Sudo, fewer people than military officials might have expected had the Japanese language proficiency needed to train as an interpreter.

â€œOf the total population, only about 3% spoke Japanese fluently enough to fulfill the role they expected. They didn’t realize that our generation had become so Americanized that we were no longer fluent in our mother tongue. or could barely read or write it, â€she said.

In 2010, President Barack Obama awarded the Congressional Gold Medal to thousands of Japanese-American veterans in recognition of their service to their country.

Located in the gallery of the visitors center at Snelling Historic Fort, the free exhibition will be open until Labor Day.

You make MPR News possible. Individual donations are the source of the clarity of our reporters’ coverage across the state, the stories that connect us, and the conversations that offer insight. Help ensure that MPR remains a resource that brings Minnesotans together.

Make a donation today. A donation of $ 17 makes a difference.