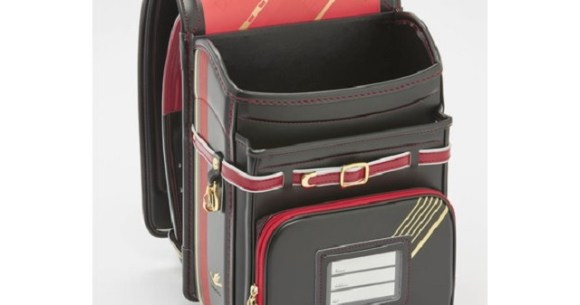 To give your little otaku train a bag they will use for years.

Japanese randoseru school bags might be a fashionable form of bag outside the country, but within the country they are pretty standard including the range of colors and design. Occasionally a cool collab with something like Harry Potter will show up, but for the most part they’re mostly available in a simple style with just a few color variations.

Luckily for train fans, a train-themed randoseru bag is coming! Japanese randoseru school bag manufacturer Kazama Randoseru has collaborated with Kansai region railway company Kintetsu Railway to create a bag based on the Hinotori, one of their popular limited express trains. It connects Osaka to Nagoya and offers comfortable seating, spacious restrooms, great views and more.

▼ It must look so cool zooming in on the Kansai region.

The Hinotori express train only started running in 2020, but its sleek red and black color scheme has garnered enough fans to inspire a randoseru school bag. One of its most notorious features is the golden bird logo on some parts of the train, to symbolize the “tori(“bird”) in “Hinotori”.

▼ This would definitely be a conversation starter for six-year-olds.

Kazama Randoseru’s Hinotori Collaboration Bag features the same red, black, and gold colors, including the signature gold bird in multiple places on the bag, making it easy for your child to show off.

The inside of the bag’s main flap has a train-like design, complete in red and gold. On the front of the bag there is also gold text that says “Kintetsu 80000 Series” to give a hint to those who might not understand the train reference off the bat.

▼ The Kazama brand logo is also present on the back. Fancy!

▼ The side view makes it look like a train car.

Reservations for the bag began on March 16 at Kazama Ransoderu showrooms, and online reservations will begin on March 23. Each bag costs 80,000 yen (670.92 USD)which is actually not atypical for a randoseru, as they are meant to be used in grades one through six.

Bags are only made in limited quantities, so if you want to give your young student a unique bag to suit their interests, sooner is probably better than later!