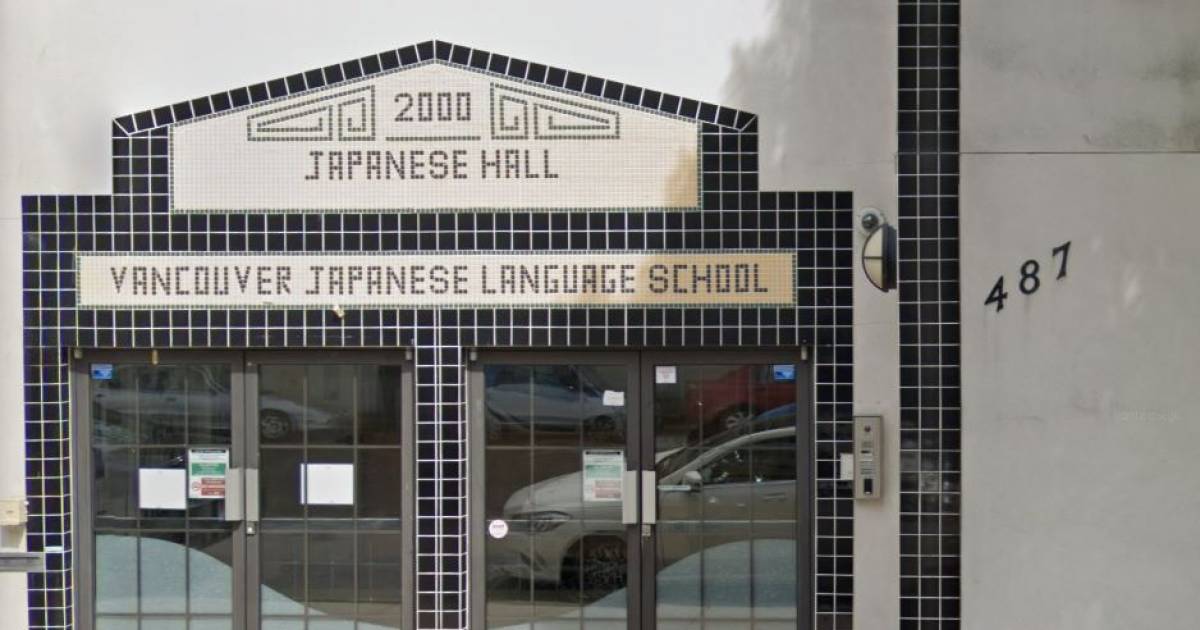 The first Japanese language school in Canada is now a National Historic Site.

By receiving the federal designation, the Japanese language school in Vancouver joins the list of places that are of utmost importance to the country.

Located in what was once a thriving area of â€‹â€‹Japantown, the school dates back to 1906 in a wooden building on Alexander Street.

According to the Vancouver Heritage Foundation, Japanese immigrants began arriving in Vancouver in the 1880s, and the school was an important link to their culture.

â€œAn anchor of the community, the school served as a place for children to learn and maintain their Japanese skills, alongside their education in regular public schools,â€ the foundation recalled.

The designation was announced in June of this year by Parks Canada, which manages a network of national historic sites across the country.

An event celebrating the recognition is planned at the school on Wednesday (November 13).

“This is a rare surviving example of a language school from the interwar years in one of British Columbia’s oldest immigrant settlements,” Parks Canada wrote of the institution.

On its website, the school recalled that under the leadership of K. Morikawa, then a Japanese consultant, a community committee was established in 1905 to “establish a school that taught the Japanese language and other general subjects such as than mathematics, history and science â€. .

â€œIn 1928, a new building was constructed to meet the growing needs of the school population as well as the Japanese-Canadian community,â€ said the school, referring to its current location at 487 Alexander Street.

The school was also renamed Japanese Hall and Vancouver Japanese Language School to â€œrecognize its essential role as a community and cultural organizationâ€.

After the outbreak of World War II, the school was closed and confiscated along with other properties owned by Canadians of Japanese descent.

The school was occupied by the Canadian Armed Forces and in 1947 half of the property was sold.

The remaining building was then leased to the Army and Navy department store until 1952.

â€œThanks to the valiant efforts of many members of the community who fought to reopen the school, the remaining half of the VJLS property was returned to the Canadian-Japanese community in 1953,â€ the school explained.

According to the school, it “is the only property among any citizen, company or organization of Japanese origin to retain property after the war.”

â€œAs the last physical and community bond before the war, it symbolized and continues to symbolize the courage, perseverance and resilient spirit of the Canadian-Japanese community,â€ according to the school.