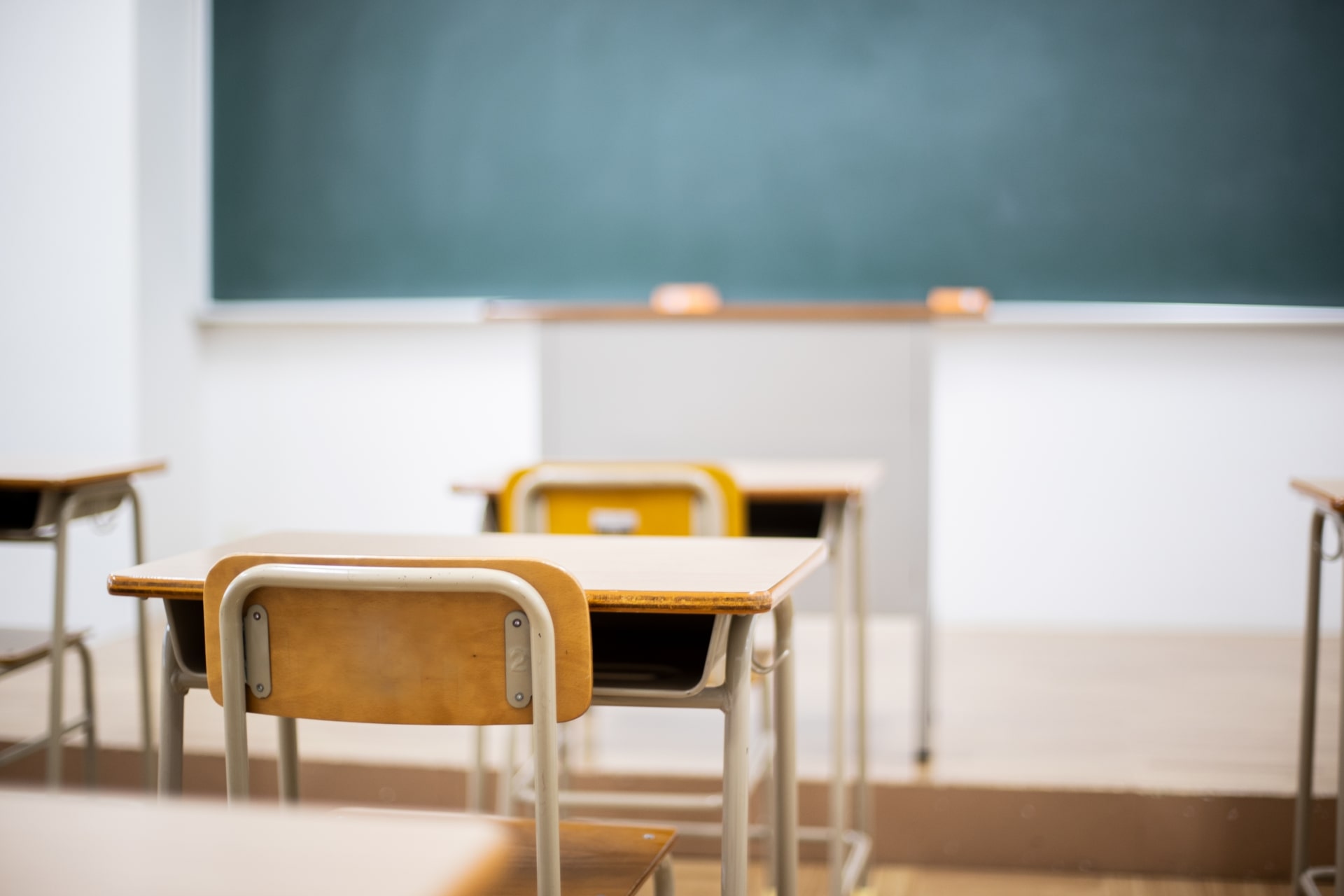 Have you ever wondered what a school day looks like in Japan? In this article, we are going to explore what a typical day might be like for a Japanese middle school and high school student. We will learn what Japanese students study, what they eat for lunch and when they take their vacations. Many things may seem familiar. But you might find other things surprising, like school on Saturdays or housework. Let’s start our day!

Most of the subjects taught in Japanese schools are similar to those in the rest of the world: math, science, social studies, language arts, music, and physical education. English, as the language of the global economy, and computer technology have also increasingly crept into the curriculum. Specifically, students will learn Japanese arts and crafts, such as calligraphy and haiku. It is also common for students to study home economics to learn basic cooking and sewing skills. 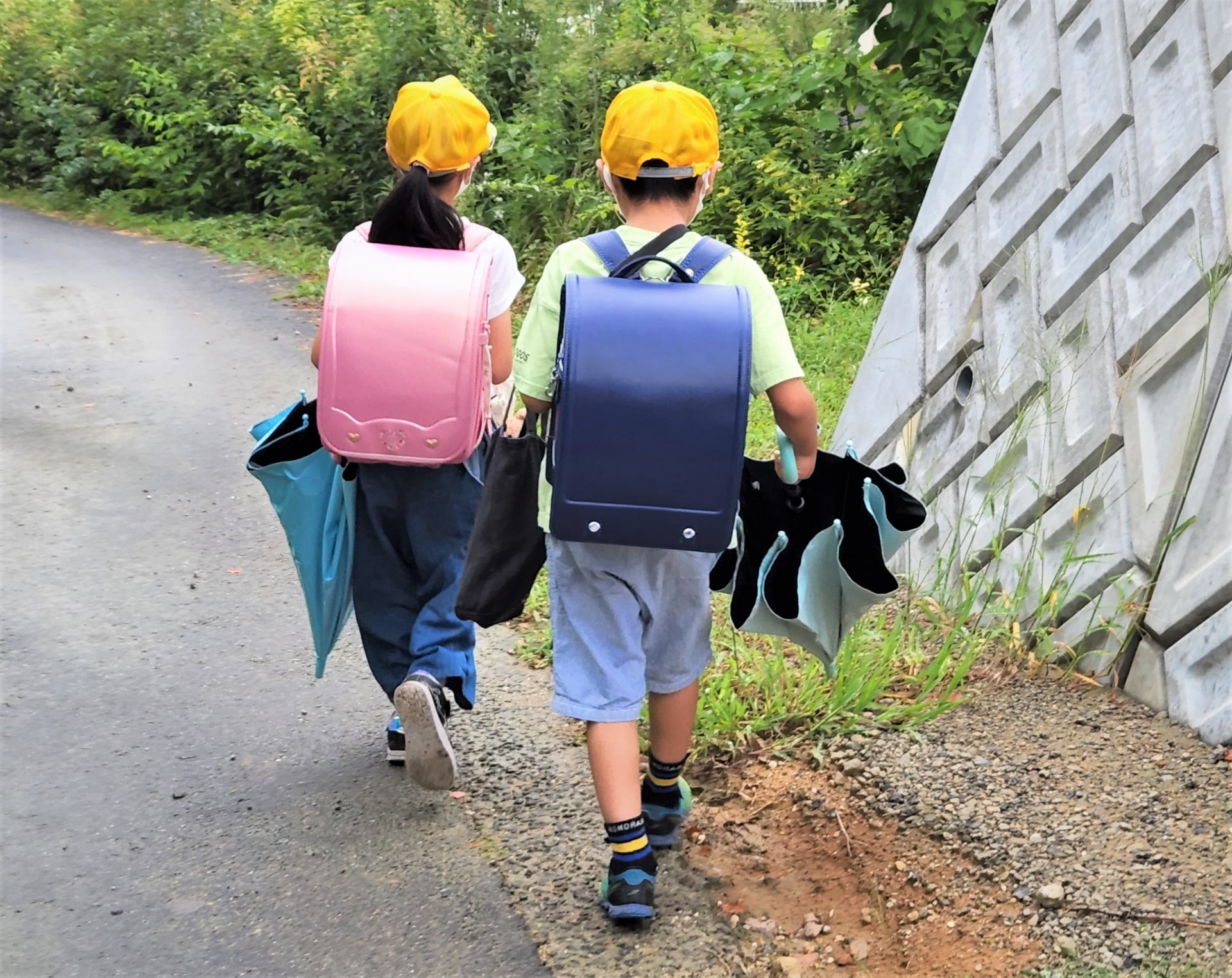 One of the most striking things about Japanese society is its security. Visitors and strangers never fail to notice students as young as 6 going to school alone. Indeed, students continue to go to school alone throughout middle school and high school. Security is only part of it. Japan’s efficient and reliable public transportation allows students to do just that. Most people take advantage of this and prefer not to drive, which would cost more, possibly take longer, and be less convenient due to limited parking options. For this reason, most students who do not live within walking or cycling distance of their school will travel by train or bus, often together.

Start the school day with a new pair of shoes 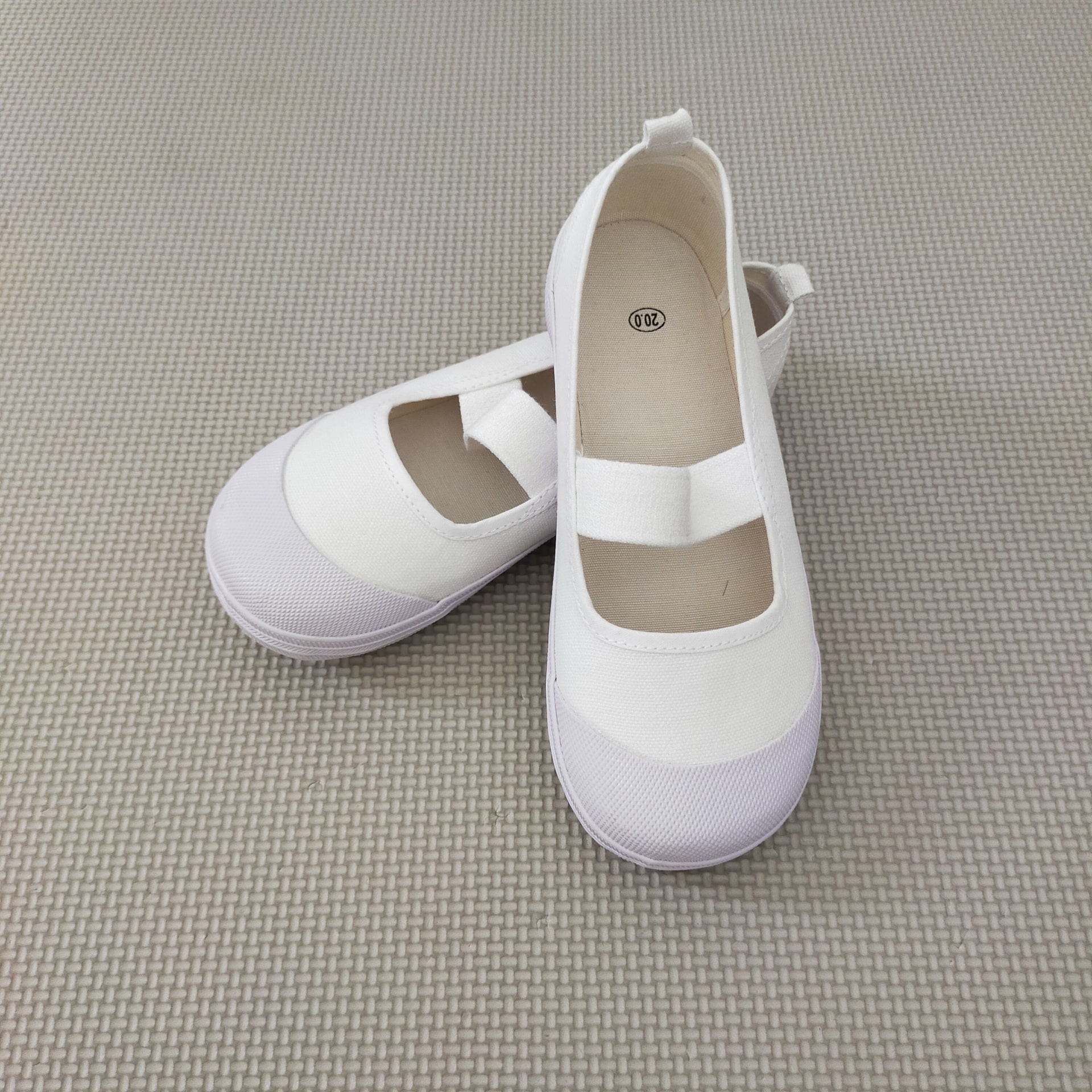 College students start their day around 8:45 a.m. while high school students can start earlier around 8:30 a.m. A point common to all Japanese students: as soon as they arrive, they go to their lockers to change from town shoes to school shoes. The school day is divided into 6 periods, each lasting 45 to 50 minutes. Before the official start of the first period, students are often assigned tasks, such as taking attendance, distributing papers or collecting homework. This is different from most Western schools, where teachers usually take sole responsibility for these tasks. 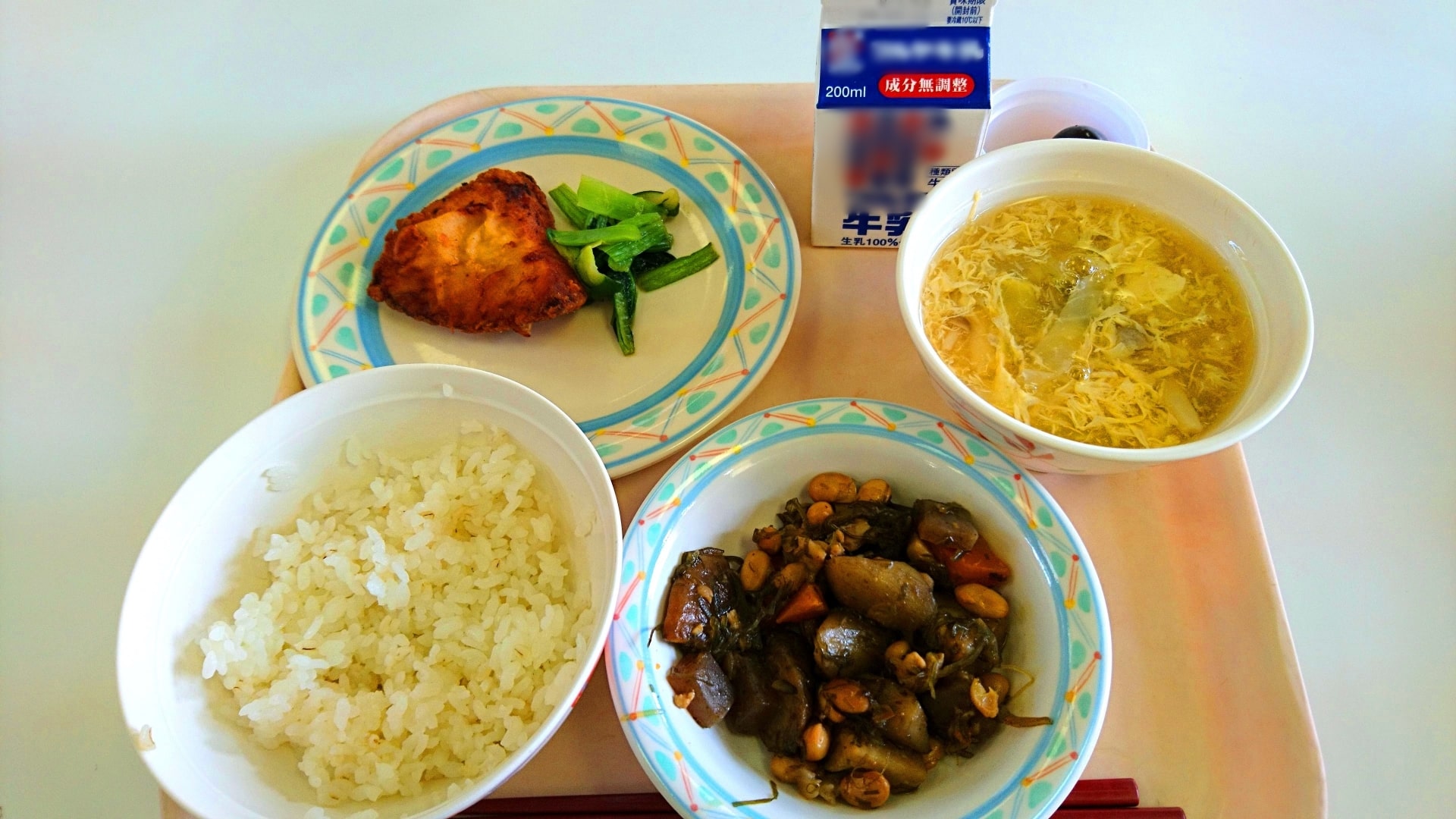 Colleges often offer lunch to their students. Lunches are well balanced and contain protein in the form of meat or fish, lots of vegetables, rice and miso soup. Typical starters include curry, noodles and grilled salmon. Each meal costs around 400 yen, or less than US$5, and is served by the students themselves in their classrooms. Each class appoints a group of students to serve food to their classmates and collect used dishes. This, as with so many other aspects of Japanese education, is designed as an exercise in teamwork and collaboration. In high school, it is more common for students to bring their own bentos from home and eat in class.

End the day at school 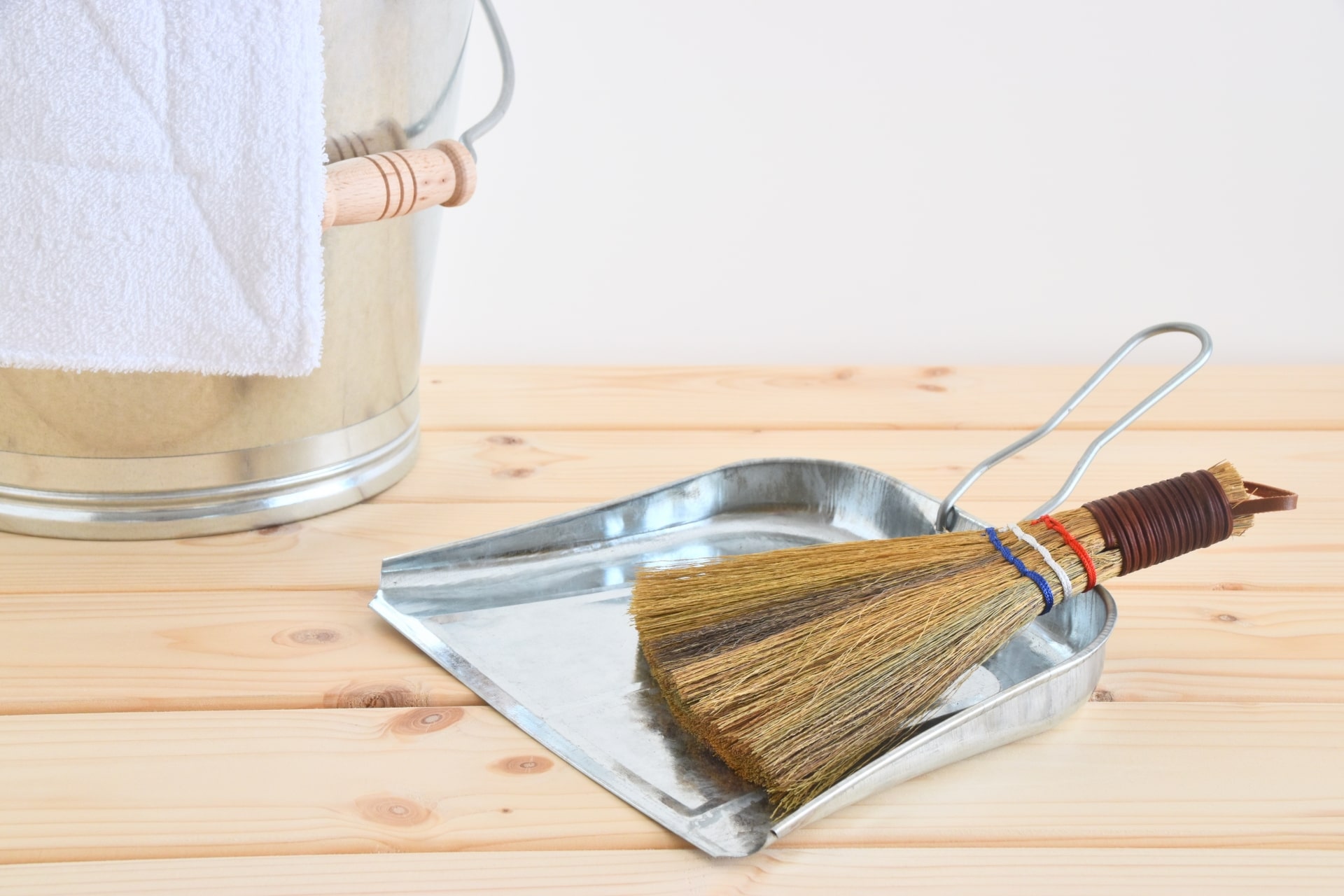 Gakkou Soji, or school cleaning, is a unique part of the Japanese school day. Before the students leave, they clean their school. Unlike Western schools, most Japanese schools have their students rather than hired janitors clean all areas, including classrooms, restrooms, hallways, windows, stairwells, etc. . It is an important part of Japanese education. It teaches students to take responsibility for maintaining a shared space, a core value that is central to Japanese culture. This practice makes for responsible citizens and is one of the reasons public spaces in Japan are so clean. Having a clean classroom is also considered good for the mind and for learning.

Starting in elementary school, Japanese students are given homework every day. In middle school, kids will typically spend about an hour a day doing homework, and in high school it will be one to two hours, although of course that varies. Basic knowledge of kanji means knowledge of over 2,000 kanji characters, and students must master the different readings of each character as well as the correct stroke order. Kanji homework alone therefore takes quite a bit of time.

Also, many, if not most, students attend juku, or cram school, in the evenings or on weekends to study more. Juku is meant to give students a boost in the years leading up to high school or college entrance exams. Also on Saturdays, many students go to school. The Saturday school day was officially abolished 20 years ago, but today it lives on as extracurricular or elective classes.

The academic year and school holidays 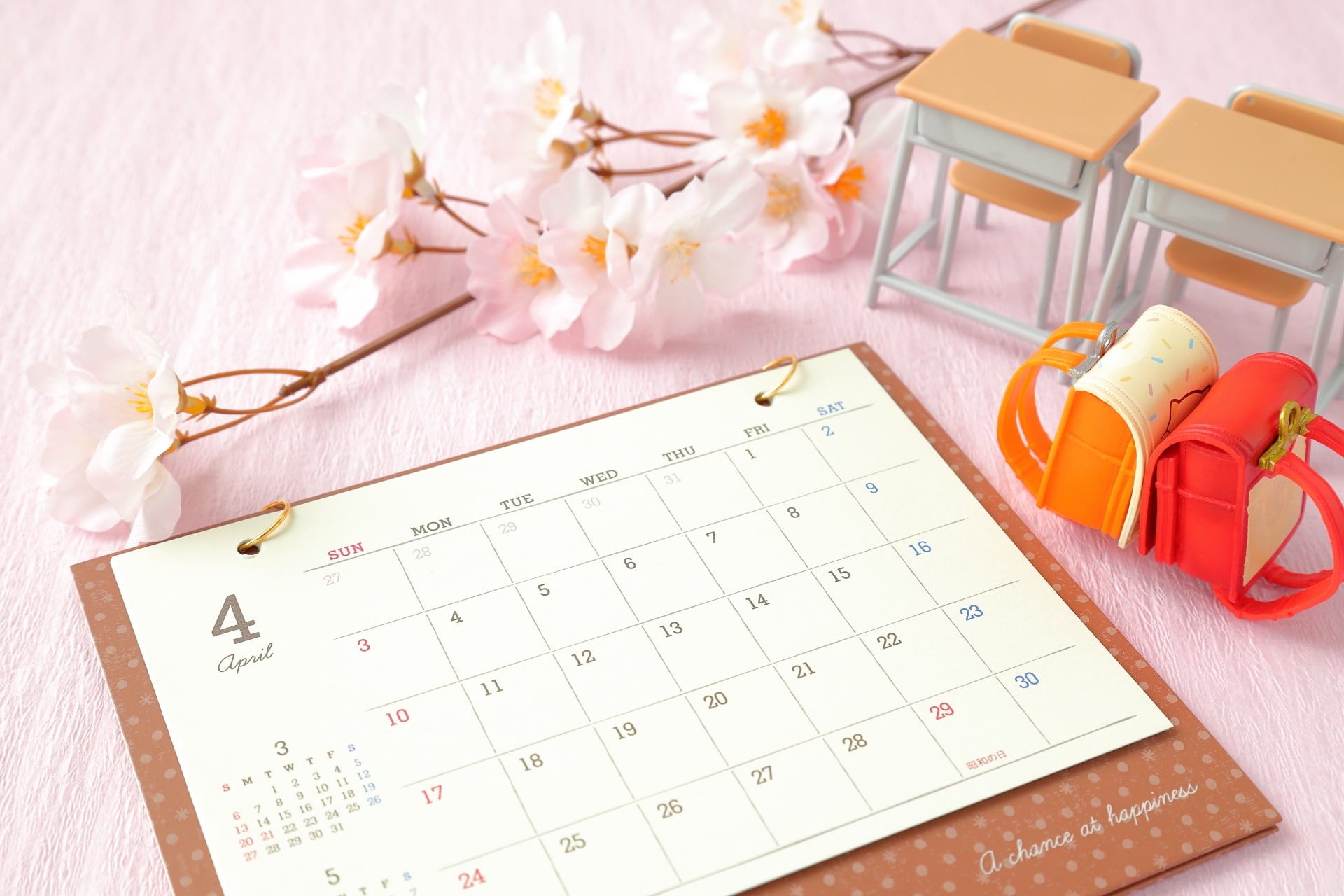 Unlike the common semester system in American schools, the Japanese school year is divided into three terms. The academic year begins in April and the first term runs from April to July. The second term begins in September and ends in December, and the last term runs from January to March. You may notice that there is quite a long summer gap between the first and second trimester. Japanese students also enjoy a “summer break”, although the differences are: 1) at 5-6 weeks, it’s much shorter than the 10-11 week American summer break, and 2 ) students return to the same academic year after the summer. Japanese schools also have a short winter break in December and another spring break from late March to early April. This last week of spring break marks the end of the school year, with students starting a new year in April.

Unlike the American system, students are given homework during the summer and winter breaks, the two longest. This can take the form of worksheet exercises or a freelance project. For one, adds to the notoriously heavy workload of the Japanese student. On the flip side, however, shorter breaks and vacation homework can help bridge the skills gap that grows between students from different backgrounds during school vacations.

How unique is the Japanese education system?

One of the ways Japanese schools stand out from their Western counterparts is their strict rules. These rules govern nail length, hair length, and hairstyle, among other things. Makeup and dyed hair are prohibited. Enforcement is so strict that it is not uncommon for a teacher to give an offending student a black hair dye with which to remedy the infraction. These rules affect girls significantly more.

Japanese high schools are ranked, so there is immense pressure from the early elementary years to move on to a good middle school, a top high school, and eventually a prestigious university. While the Japanese system is more explicit with its grading systems, it’s not all that different from America, where “feeder schools” also feed the brightest (or in many cases the wealthiest) into the prestigious Ivy Leagues or Ivy League equivalents.

How is the Japanese school day different or similar to what you know? Some things may be the same, but I guess Japanese middle and high school students have quite a different experience from their Western counterparts. If you want to learn more about life in Japan, check out the following articles for more information.

The application deadline is November 30 for admission to Sainik School