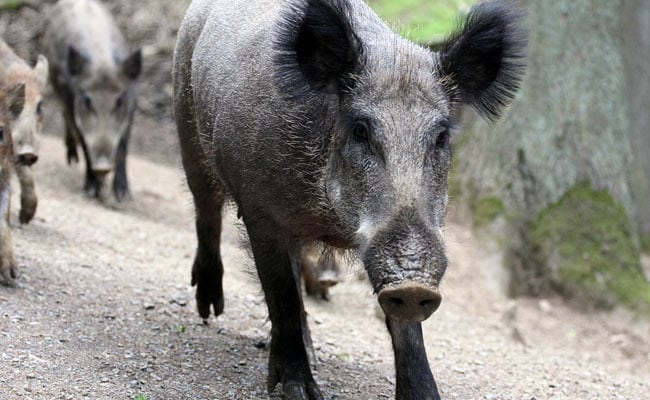 Two wild boars caused a uproar at a Japanese school by rushing into classrooms and even diving into the school swimming pool, forcing students to interrupt their exams.

Television footage showed a wild boar charging around a classroom, slamming its muzzle against a window in an apparent attempt to escape the school in the western city of Kyoto.

Meanwhile, the other boar was taking a soothing dip in the school’s outdoor swimming pool, as the stunned students watched.

“I was very surprised to see it,” a student told Nippon TV, adding that they were moving at “super” speed.

Wild boars have been increasingly seen in towns near the mountainous countryside of Japan, as observers say overdevelopment has robbed them of their habitat.Click for more information on trends

Japanese schoolchildren sent a message in a bottle. 37 years later, he ran aground…